What role, if any, do security issues play in the 2019 election campaign?

Even if terrorism is a rare event—we have officially been at medium on a five-point threat scale since 2014—we still call upon CSIS and the RCMP to investigate such threats and to neutralize them. 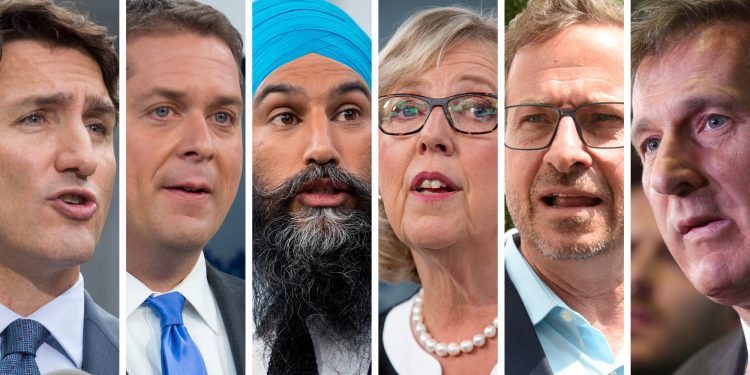 Prime Minister Justin Trudeau, Conservative Leader Andrew Scheer, NDP Leader Jagmeet Singh, Green Party Leader Elizabeth May, Bloc Québécois Leader Yves-François Blanchet, and People's Party Leader Maxime Bernier. All in all, there is little need perhaps to have national security and public safety take centre stage in the lead-up to October. Even if we are not immune from threats, we are in a good space. And that is worth celebrating, irrespective of whom you vote for, writes Phil Gurski. The Hill Times photographs by Andrew Meade Meade and Cynthia Münster

OTTAWA—They don’t call Canada “the peaceable kingdom” for nothing. Yes, we have our problems with violence—gun crime is a growing concern, for example—but we are blessedly removed from the levels of extreme violence (i.e. terrorism) that beleaguer other countries. We have had less than one terrorist plot, foiled or successful, per year in this land since 9/11. Nations such as Afghanistan see one a day at least.

Rural Broadband: The challenges and potential solutions
A guide to the problems, work done so far, the key players, and what needs to be done to get all Canadians access to broadband.