Does ‘institutionalized exclusion’ lead to radicalization?

It is only through multicultural and multi-faith dialogue that we will make progress on living together. Let’s not make things worse. 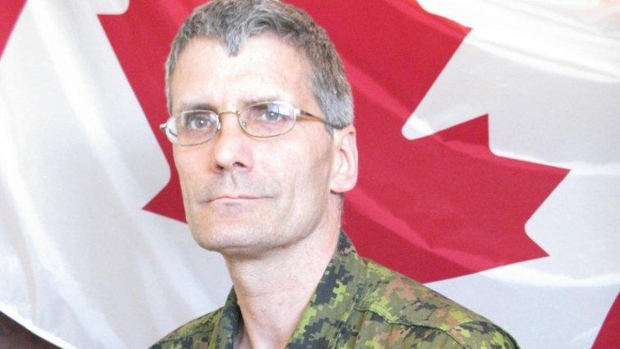 On Oct. 20, 2014, a Muslim convert ran over two members of the Canadian Armed Forces outside Montreal, killing Warrant Officer Patrice Vincent, pictured. The creation of the Montreal-based Centre for the Prevention of Radicalization Leading to Violence was affected in part in response to concerns over this phenomenon in the province.Terrorism is a small, but real, phenomenon in Quebec, writes Phil Gurski. Photograph courtesy of Department of National Defence

OTTAWA—Quebec is a very interesting province for many reasons, not least of which is the tremendous change in the role of religion over time. It is no exaggeration to state that the Catholic church ruled the roost for centuries, telling Quebecers how to live, how to procreate, and who to vote for. This dominance came crashing down in the wake of the Quiet Revolution, a period beginning in the 1960s that was characterized by socio-political and socio-economic change and a sharp veering toward secularization. Never again would the church be the predominant arbiter over the province’s inhabitants.

From heating pea soup by candlelight to snowboards on the streets, Parliamentarians reflect on ‘random acts of kindness’ and community that came with the massive clean-up effort.

NDP MP Daniel Blaikie says it's worth taking 'a little extra time' to understand the 'full implications' of the new NAFTA, as well as to look at how Canada can improve its internal international trade process.

'The situation is changing almost hourly and our public health system needs to be ready to adapt to any sudden change in the current situation,' says SFU's Kelley Lee.

'We don’t want to raise the political fire on this. We want to make sure that we’re all working together to show Canadians that this is being addressed,' says Conservative health critic Matt Jeneroux.

The 'huge overstep by the Conservative Fund’ to fire executive director Dustin van Vugt has created ‘bad blood’ between the national council and the fund, says Yaroslav Baran, a former senior Conservative Hill staffer.
Trending Stories
Would you like to read
this notable, free story?