Who should our spies spy on?

The Senate Standing Committee on National Security and Defence can descend into petty politics sometimes, but it shouldn't on national security issues. 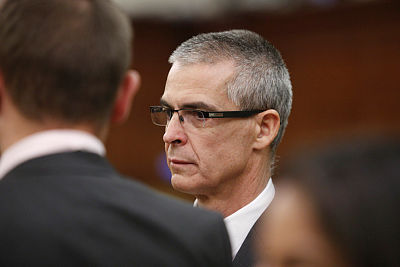 CSIS director Michel Coulombe, pictured in this file photo, did not testify before the Senate National Security and Defence Committee last week, but Brian Rumig, assistant director of CSIS operations, told the committee that CSIS had spied on reporters either directly or indirectly. The Hill Times photograph by Jake Wright

OTTAWA—In the wake of news out of Quebec that police in that province were given court warrants to intercept the communications of journalists, it turns out that CSIS cannot rule out the possibility that sometime over its 30-plus-year history that it too listened in on some members of the fifth estate. In a session of the Senate Standing Committee on National Security and Defence in Ottawa on Nov. 28, Brian Rumig, a senior CSIS official, noted that the service would never investigate someone just because that person happened to be a journalist but that if that person engaged in activities spelled out in Sec. 2 of the CSIS Act then she or he could have come under scrutiny. Another senior CSIS agent noted that “there are no safe havens” for those kinds of activities (terrorism, espionage, foreign interference). CSIS was also careful to add that it fully recognizes the “sensitivity” surrounding institutions such as the media and academia and that, as a result, investigations in those sectors are held to higher thresholds.