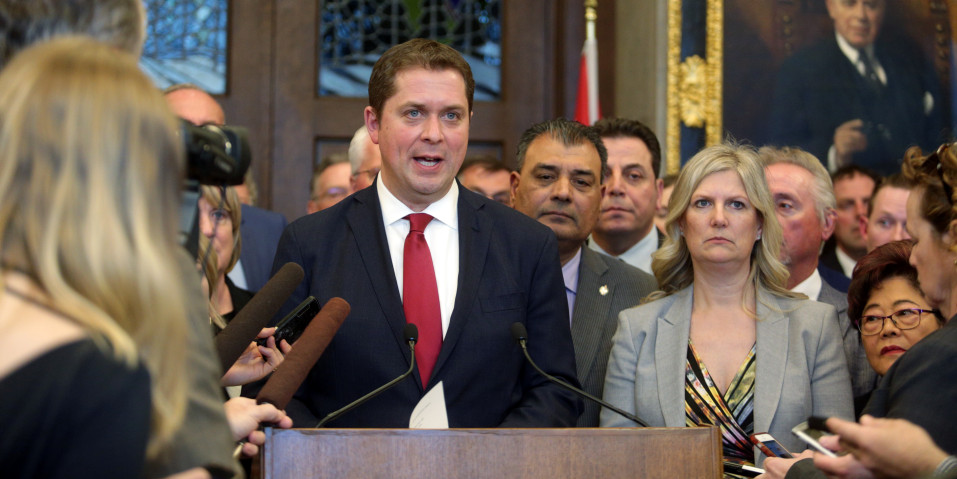 Conservative Leader Andrew Scheer, pictured with members of his caucus in West Block on March 19, 2019, recently made some changes to his communications team, with two aides from Ontario Progressive Conservative Premier Doug Ford's now on the job as associate directors. The Hill Times photograph by Andrew Meade 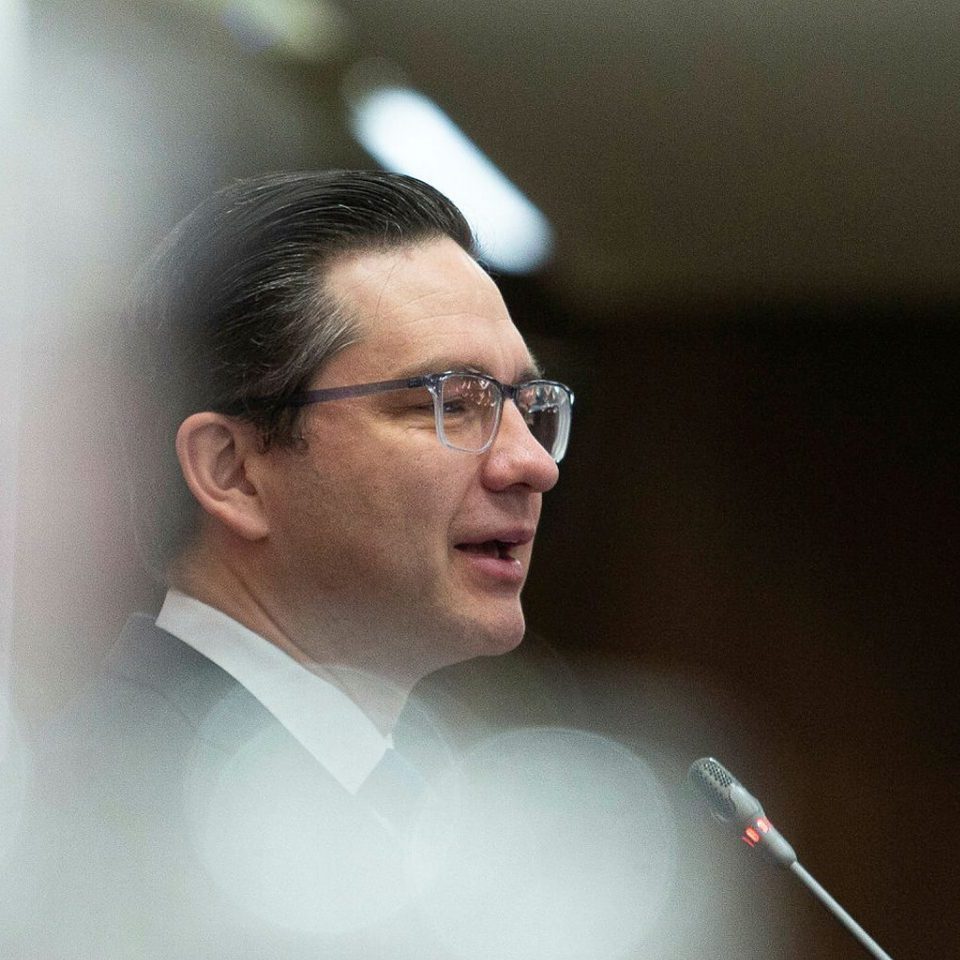 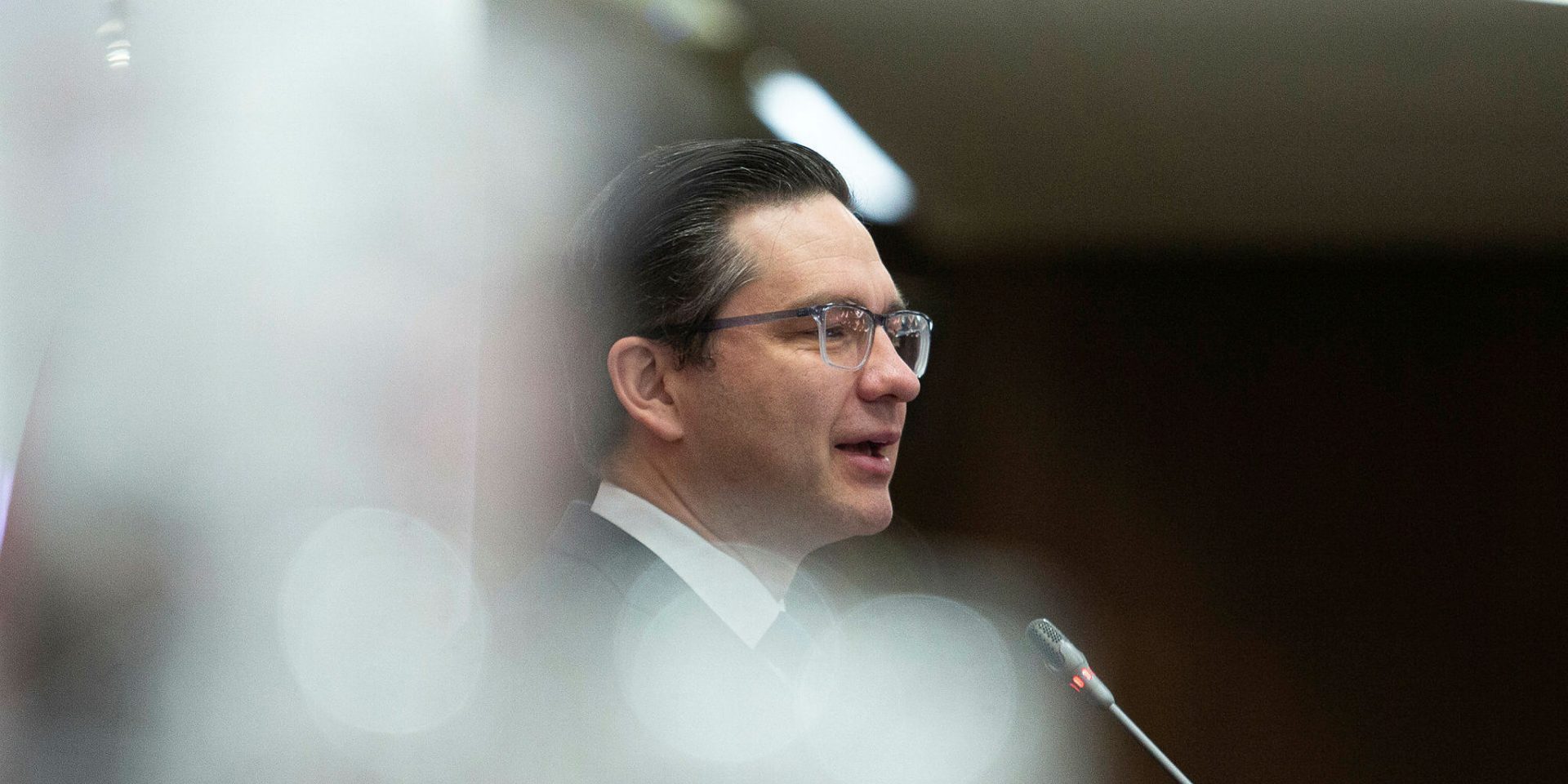 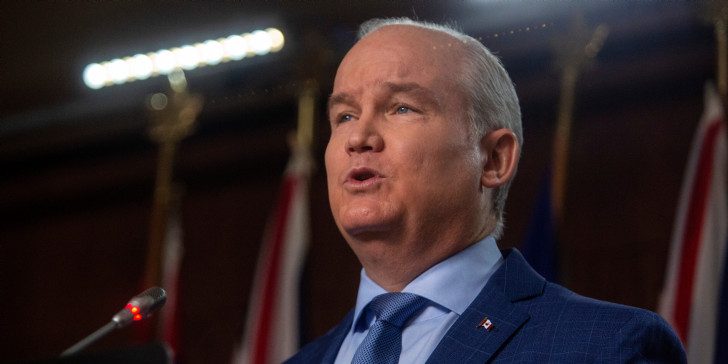 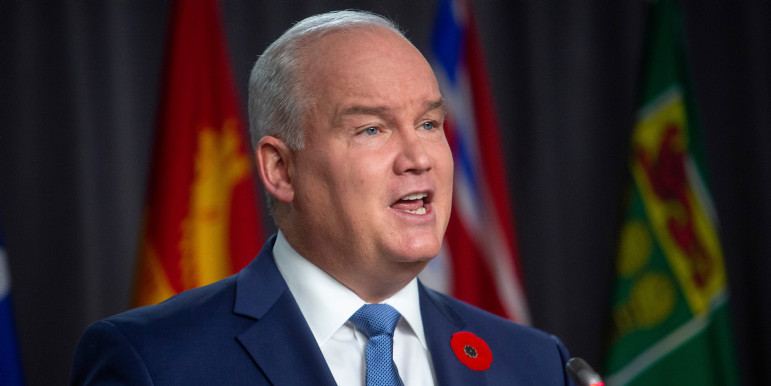 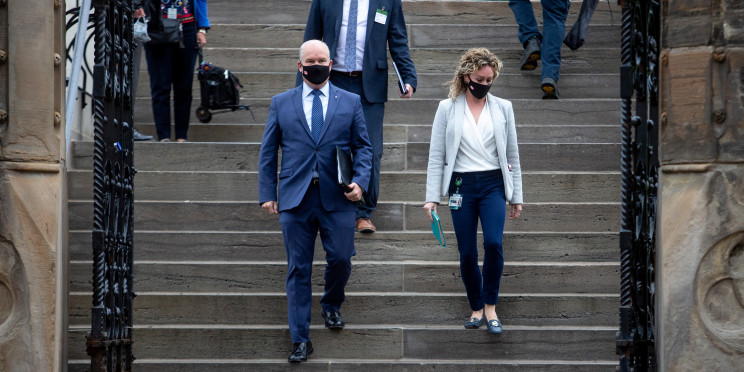 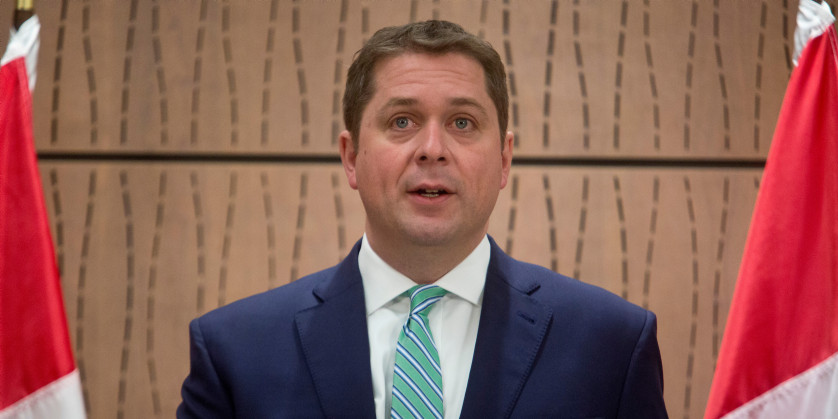