Feds looking at ways to fight organized crime in Canada

The powerful Calabrian criminal organization known as ‘Ndrangheta, which is considered one of the richest and most powerful organized crime groups in the world, has strong connections in Canada. 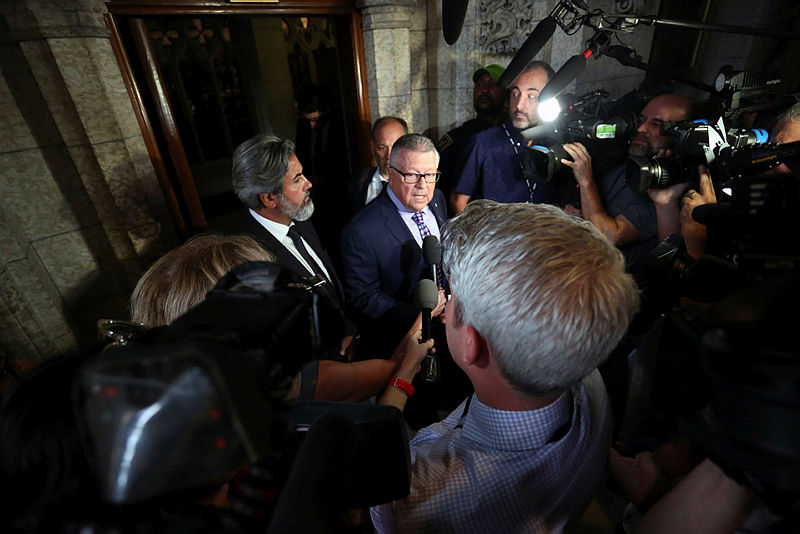 Public Safety Minister Ralph Goodale, pictured in the Commons foyer Sept. 25, 2017, met with members of the Italian anti-Mafia Parliamentary Commission and the RCMP commissioner, and officials from the Justice Department in Ottawa last year, in an effort to fight organized crime in Canada. The Hill Times photograph by Andrew Meade
See all stories BY ANGELO PERSICHILLI

Organized crime in Canada is a problem, says expert Nicaso

There are bigger things to worry about than where Trudeau vacationed

Beware the side-effects of cultural sensitivity, it can provide ammunition for Trump-types

Organized crime in Canada is a problem, says expert Nicaso