At National Defence, there were 11 breaches that affected 30,642 individuals, of which one was reported to the Privacy Commissioner’s Office, which affected 30,632 people. This large breach ‘involved basic information about CAF members’ which was ‘low risk,’ but personal.

See all stories BY BEA VONGDOUANGCHANH

Privacy commissioner leaves no doubt in Bell targeted ads case: opt-out is out 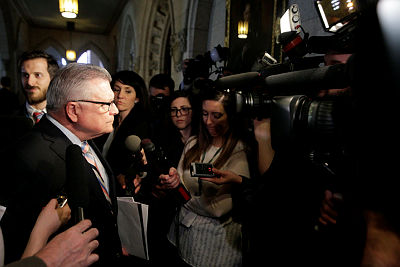