The COVID-19 pandemic, while affecting everyone in Canada, might also have given many employees a better sense of the value of their service to Canadians. Whatever the reason, they are a happier bunch.

The results of the PSES provide a rich source of information that, if properly assessed and acted on, can result in positive changes for the employees and subsequently for the Canadians they are there to serve, writes former federal public servant Jake Cole. The Hill Times photograph by Sam Garcia

The latest annual Public Service Employee Survey (PSES) was carried out in 2020 with results published in May. The most obvious result? Employees are measurably more engaged at work than they were a year ago and perhaps ever. Working from home appears to be a significant morale booster for most employees. The COVID-19 pandemic, while affecting everyone in Canada, might also have given many employees a better sense of the value of their service to Canadians. Whatever the reason, they are a happier bunch.

Certain of the top-rated federal agencies continue to receive top marks from their employees. They provide excellent examples of “how to do it” for other agencies and departments. Their employees tend to readily extol their employers, their immediate supervisors, and their senior managers. While the PSES results show promising improvements for many agencies, there are others whose employees are clearly not as engaged, not as happy, and likely not as productive. Some of these low-rated agencies are not being idle, however, instead taking positive steps to improve the work life of their employees and consequently, the effectiveness of their organization. 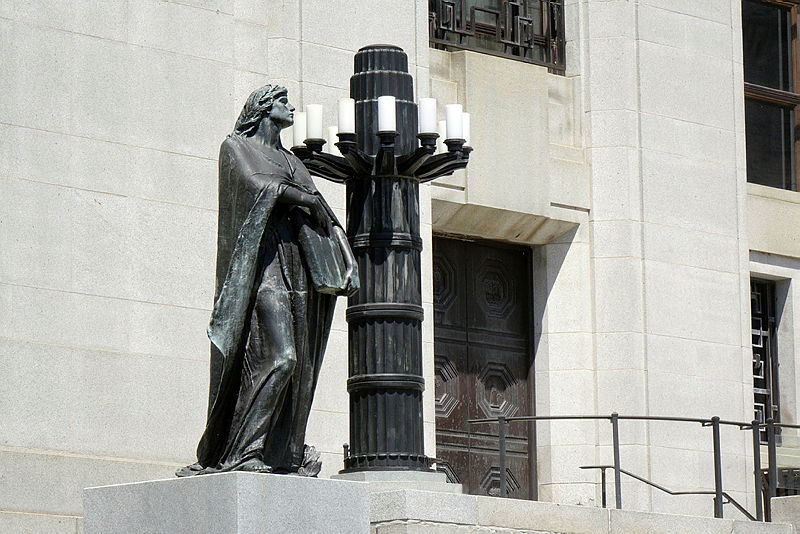 There is another, very good federal agency out there. It’s the Supreme Court of Canada, No. 2 on my list this year. The Veritas (Truth) Statue on the west side of the Supreme Court Building in Ottawa. The Hill Times photograph by Sam Garcia

While COVID-19 has thrown a curve ball into most Canadians’ lives, it has had a rather unexpected, positive effect on Canada’s public service. A little extra digging into the PSES results (provided by a public servant who must remain nameless) tells us that those working from home are quite measurably more happy than those who worked in the office. Now there’s something to think about. While telecommuting has long been touted as a good idea for many reasons, including environmental benefits, it has often been resisted by management. Perhaps it’s time to consider working from home as a permanent option. 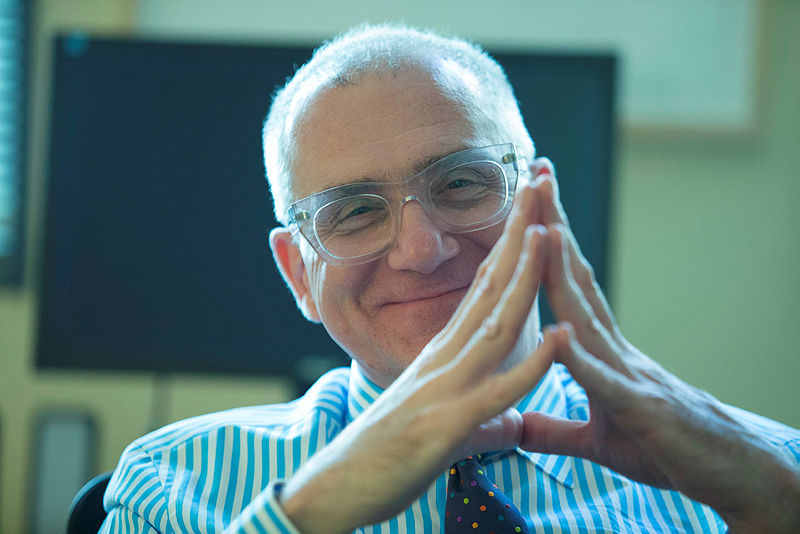 Another lawyer, Joe Friday, head of the PSIC, describes his organization as ‘a highly participatory democracy,’ where different perspectives are valued. Clearly, the employees enjoy the participation and they stand as another example of motivated and engaged public servants. The Hill Times file photograph by Jake Wright

As with all these surveys that I have been reporting on since 2008, there are many results with both explicit and implicit messages that seem to go unnoticed or perhaps ignored. Those “missing links,” with a little more digging, can reveal much more key information that could help Canada’s public service significantly improve itself. The results clearly identify many areas where improvements are needed and provide good examples, by way of several progressive agencies, where workers are quite engaged and motivated. Finally, with a little analysis that is not part of the official reports, we can identify which of those agencies are the best ones to work for, which ones that face challenges, and a lot of good suggestions for senior leaders to consider.

Here are some of the worrisome unreported messages:

Is there a serious effort to look into these issues and take steps to improve? Based on conversations with some current employees, it appears that survey results do receive some attention, but that does not appear to lead to commensurate, follow-up actions. Many of the lower ranked agencies continue to stay where they are, year after year. There were exceptions though. I did communicate with one of the lower ranked agencies, the National Film Board. Officials from that agency appeared to acknowledge the low 2019 PSES results and did manage to improve those results for 2020. That agency has an initiative underway to improve morale amongst its employees. Its latest scores do indicate some positive movement.

Let’s look at the up front, good news from the survey. The top-rated agency on my list of larger agencies (with 150-plus employees) is Western Economic Diversification Canada. It does a number of noteworthy things to maintain and improve the workplace for its employees, things that most other agencies could readily emulate. From what I have learned, and starting from the top, its leader, Deputy Minister Dylan Jones, recently constituted a “Learning on the Edge Award,” a rather unique initiative that celebrates employees who try new things, but fail. He feels that more learning comes from failures than successes and uses the award to push the organization’s culture to embrace innovation without fear. The agency also had an Employee Innovation Fund aimed at encouraging new ideas from all staff (this is one of my favourite ways to bring the best out of employees). Speaking with Patrick Faulkner, head of human resources at WD, I learned about a new, simplified one-page performance appraisal that apparently employees love. This seems like one organization where great care is taken to listen to, appreciate and excite the employees. Looking for an example of how best to run a public service organization? WD might be your first call—they are willing to share their story.

There is another, very good federal agency out there. It’s the Supreme Court of Canada, No. 2 on my list this year. Its administrative head, now retired, Roger Bilodeau is a virtual legend in my books in caring for and energizing employees at all levels in that organization. The current acting head, David Power, may have big shoes to fill, but he does appear to be following the successful style of his predecessor as he refers to the organization as “Like a big family.” What a perfect way to refer to your employees.

There is one more federal agency that is most worthy of mention, actually two of them. Tied for top ranking in the “micro” category are the Military Police Complaint Commission and the Office of the Public Sector Integrity Commissioner of Canada. These workplaces happen to be the highest rated of all the agencies, big and small. The MPCC’s director general is Julianne Dunbar, a lawyer. Speaking with her, she comes across as the ideal public service leader. It is clear that the MPCC executive team does many things that excite, encourage, and engage their employees, too many to list here. However, she is willing to share her insights and her successes with others.

Another lawyer, Joe Friday, head of the PSIC, describes his organization as “a highly participatory democracy” where different perspectives are valued. Clearly, the employees enjoy the participation and they stand as another example of motivated and engaged public servants.

What to do now?

The results of the PSES provide a rich source of information that, if properly assessed and acted on, can result in positive changes for the employees and subsequently for the Canadians they are there to serve. Those agencies at the top of my list provide ready examples of how to do it right. Those at or near the bottom of the list should first acknowledge, and then, like the NFB, search for answers to their respective shortcomings. Every agency can improve itself and if such improvement was a required outcome of these surveys, then it could happen. While there are countless consultants who could offer guidance for such an effort, I am a firm believer in first tapping into the capacity already existing in the public service, perhaps the simplest of all solutions. I am quite convinced that just by honestly and openly listening to their own employees and acting on their input, agencies can come up with solutions and achievements that can lead to both immediate and long lasting advancements.

What about other resources? There are many good books on the subject of raising employee morale and engagement. An old favourite of mine is 1,001 Ways to Reward Employees, by Bob Nelson. A very recent one, with an apropos title, is Retain and Gain: Career Management for the Public Sector Playbook, by Lisa Taylor.

I have said this before: I believe that every federal public servant in Canada goes to work with the willingness to do his or her best for Canadians. I also think the public service has an obligation to provide a workplace that not only allows but openly encourages that to happen. The Public Service Employee Survey results provide a ready roadmap to create such a workplace and to continuously improve it. Let’s build on what the survey is telling us.

That’s what I want to see. That’s why I do this.

Jake Cole spent 34 years in Canada’s public service working in six different agencies. He can be reached at colejster@gmail.com.

Here are, according to the employees, the best (down to the worst) places to work in Canada’s public service (agencies with 150-plus employees). Scores are out of 100.

And the same rating for the micro-agencies, those with less than 150 employees

On Truth and Reconciliation Day, Liberals should reflect on past mistakes, resist urge to defend themselves: Blackstock

Crown-Indigenous Relations Minister Marc Miller says there's been a 'sea-change' in addressing issues like long-term drinking water advisories, but that success required a culture of respect, patience, and trust.

‘Every part of it has been a privilege’: Heather Bradley retiring after almost three decades as comms head to the House Speaker

Heather Bradley will mark her last day on the Hill on Oct. 7, with former Global Affairs speechwriter Amélie Crosson already lined up to succeed her.

Canadian aid organizations' work in Afghanistan has been hampered by domestic criminal law, since providing humanitarian assistance could indirectly support the Taliban.

While political ads often seek to present evidence for their claims, this ad instead relies on trust in the brand, said one expert in digital strategy.

From June 7 and Aug. 9, the Canadian government placed an additional 79 Russian individuals and 78 Russian entities under sanction, but seemingly no additional assets were frozen.

In the last decade, the Conservatives have fallen behind their Liberal rivals in voter ID, but strategists say hiring Mike Crase as executive director indicates that catching up is a priority for Pierre Poilievre.

As the expiration date for CSC's partnership with Wallace Beef Inc. to operate the slaughterhouse, Conservative MP Scott Reid warns that the closure of the abattoir would have severe negative impacts on local farmers.

Both the Liberals and the Conservatives are using divisive rhetoric to motivate their base for fundraising and turnout on election day, says pollster Nik Nanos.
Trending Stories
Would you like to read
this notable, free story?