The international community’s utter failure to reach an immediate ceasefire is inexcusable, while Canada's diplomatic laryngitis on this issue is startling. 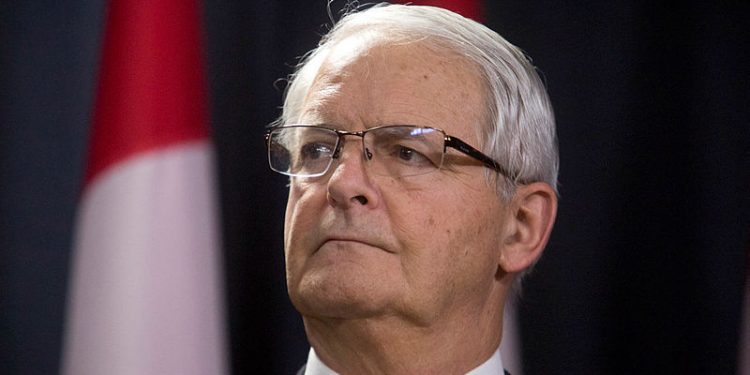 Foreign Affairs Minister Marc Garneau’s latest statement on the violence in Gaza muted its criticism of Israel and made no mention of the occupation. Canada holds one of the weakest voting records on the Israeli occupation at the UN General Assembly, which contributed to its failed bid for a seat on the UN Security Council, write Michael Lynk and Ketty Nivyabandi. The Hill Times photograph by Andrew Meade

Once again, missiles and rockets flew between Israel and Gaza. When the ceasefire was finally declared on May 21, at least 242 Palestinians—including at least 66 children—in Gaza had been killed, along with 10 Israelis, including two children. At least 14 Palestinians in the West Bank protesting the violence in Gaza were killed by Israeli security forces. Gaza suffered immense property destruction. And 75,000 Palestinians were forced to seek shelter in UN schools and other locations to escape the missiles.

The tone and style of the Jan. 11 video is an example of Erin O’Toole’s Conservatives 'ramping up,' and 'doubling down' on their rhetoric, says NDP strategist Cameron Holmstrom.

Canada's commitment to its Ukrainian training mission will increase by 60 soldiers to 260 'within days,' and it could increase over time to 400.

Widely praised across the partisan spectrum, Steve Verheul has been called an 'architect' of Canada's trade policy.

On a recent episode of the Herle Burly podcast, veteran former journalist and political strategist Elly Alboim weighed in on the state of the national media.

‘We’re definitely trying to catch up in an ever-changing period of time for everyone,’ says NDP Whip Rachel Blaney of upcoming House committee work.

As the Canadian government is believed to be preparing a decision on Ukraine's three requests for assistance, Kyiv's top diplomat in Ottawa says 'intensive communication' has taken place at the highest levels.

Reconciliation ‘has no end date,’ says GG Simon who hopes for a future of healing in Canada

Mary Simon wants to make a significant impact on reconciliation, wants Arctic communities to be healthy and vibrant, and wants to do her part to help fight climate change. It's ambitious stuff.

Contract policing arrangements between the Mounties and a number of provinces and municipalities have come increasingly under review by policymakers in recent years.
Trending Stories
Would you like to read
this notable, free story?