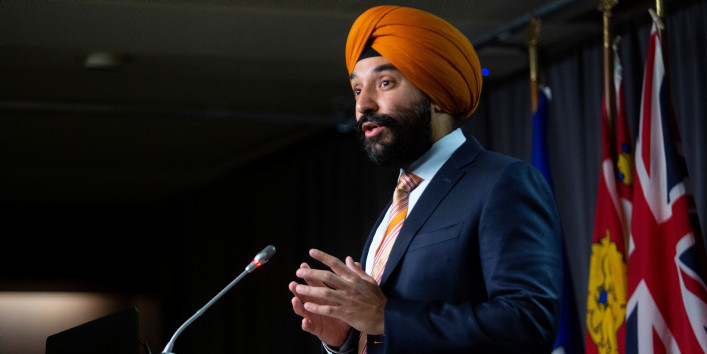 Bill C-11, the Digital Charter Implementation Act, was introduced by then minister of innovation, science, and industry Navdeep Bains on Nov. 17, 2020. The bill was part of a core Liberal campaign promise in the 2019 election, but might die if an election is called before the bill makes its way through Parliament. The Hill Times photograph by Andrew Meade

Nearly six months after it was first introduced, the federal government’s proposed legislation to reform Canada’s decades-old privacy regime is still waiting to pass second reading and be referred to committee after unanimous consent to do so was twice denied.