‘Not a time for austerity’: public service unions laud feds’ childcare pledge, focus on recovery through spending over cuts

Leaders from Canada's largest federal public service unions were generally pleased with the government's most recent budget that will see continued big-ticket spending, including on national childcare, even after a year of record deficits. 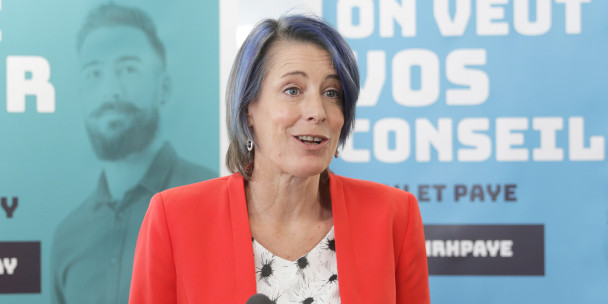 PIPSC president Debi Daviau told The Hill Times, 'it’s clear that the government understands that this is not a time for austerity, but rather a time to be investing in critical services for Canadians' following the release of the federal budget on April 19, 2021. The Hill Times photograph by Sam Garcia

Leaders of Canada’s largest federal public service unions are lauding the government’s big-ticket commitment to affordable child care, and say this year’s budget shows the government isn’t interested in pursuing austerity measures after more than a year of record spending.