Canadians will soon have a better picture of progress—and the work that still remains to be done—surrounding diversity in Canadian newsrooms as information comes pouring in from news organizations across the country in response to the Canadian Association of Journalists’ 2020 Canadian Newsroom Diversity Survey. 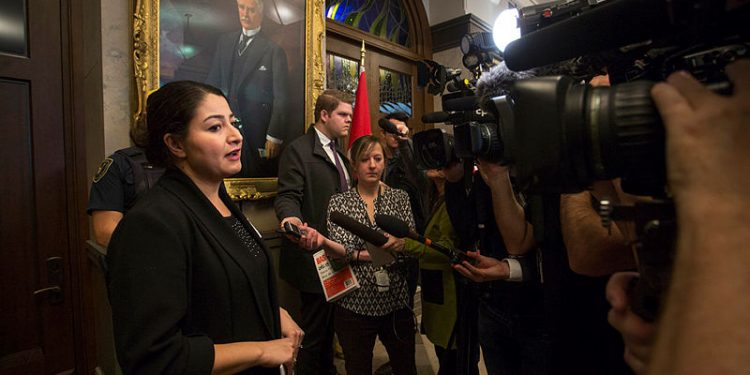 Women and Gender Equality Minister Maryam Monsef, pictured in a scrum in the West Block on Dec. 6, 2019. Responses to the Canadian Association of Journalists’ 2020 Canadian Newsroom Diversity Survey are due on April 2. The Hill Times photograph by Andrew Meade

Ten months after the killing of 46-year-old George Floyd, a Black man, by a white police officer in Minneapolis prompted soul-searching in newsrooms across the country to address anti-Black racism in all aspects of society, there has been slow but steady progress toward bringing more diverse voices into the fold in this country’s major media organizations.