Defence Minister Harjit Sajjan is being asked to appear before the Defence Committee a second time. Invitations were also sent out to senior staffers in both the Liberal and previous Conservative governments. 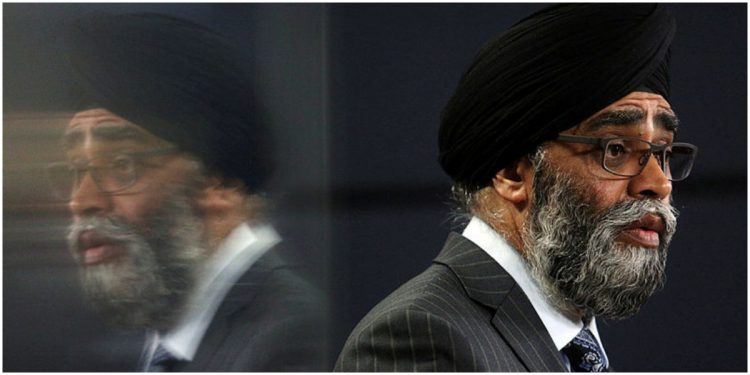 Defence Minister Harjit Sajjan has been called to testify a second time before the House Defence Committee. His parliamentary secretary, Anita Vandenbeld, said he is ‘keen to talk.’ The Hill Times photograph by Andrew Meade

A parliamentary committee on Monday agreed to order the release of documents from the Prime Minister’s Office, the Privy Council Office, and Defence Minister Harjit Sajjan’s office that cover times when allegations against former chief of defence staff Jonathan Vance first surfaced, and extend back to discussions around his appointment by the Conservatives in 2015.

Samantha Wright Allen is a reporter for The Hill Times.
Follow - swallen@hilltimes.com