Voters who don’t like guns often are not ‘particularly bothered around the nuances of some of these things,’ says Shachi Kurl. 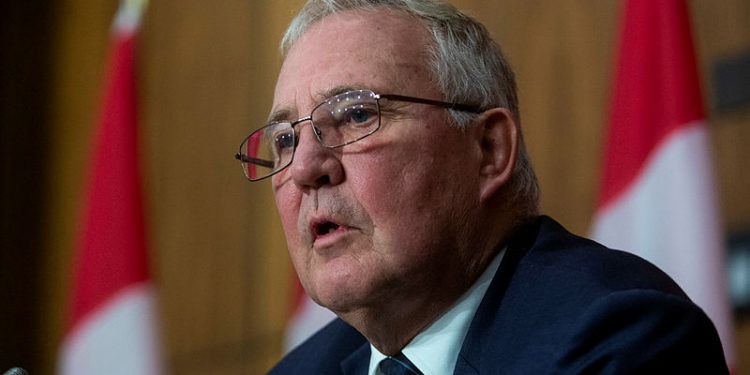 Public Safety Minister Bill Blair has been the face of the government's gun control agenda since the last election. His long-awaited bill to make good on the party's gun control promises from that election campaign has been harshly criticized by advocates on both sides of the issue. The Hill Times photograph by Andrew Meade

Gun control advocates have slammed the government’s new gun control bill as ineffective, redundant, and a “capitulation to the gun lobby”—which is also thoroughly displeased with the bill. It might be good politics for the Liberals anyway, say pollsters.

Bill S-4 would give better pay and official status to the leaders of the new groups in the Senate.

Setup of tribunal for privacy complaints could delay levying of fines, says watchdog

The establishment of an administrative tribunal could ‘encourage’ companies to pursue that as an avenue of redress, instead of first trying to comply with the privacy commissioner’s findings, the watchdog says.

The Conservatives have nominated candidates in about 200 of the 338 ridings across the country, according to party spokesman Cory Hann.

Public-private partnerships require significant design and engineering work, community engagement, environmental assessment and planning, as well as contracting with the person who’s going to build it during the actual construction period and ramp up into operation, says CIB CEO Ehren Cory.

Katie Telford repeatedly deflected questions around whether she ‘deliberately withheld’ information from the prime minister.
Trending Stories
Would you like to read
this notable, free story?