From claims of harassment, to allegations of discrimination around promotions, hundreds of plaintiffs from multiple departments and agencies have joined the class-action lawsuit following decades of federal government behaviour that the suit's leading lawyer calls an 'atrocity'. 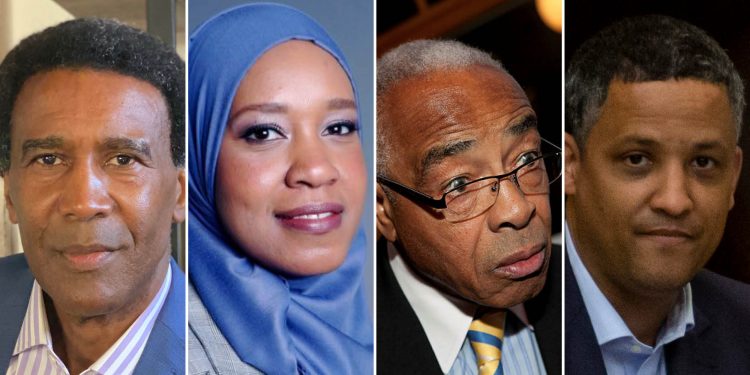 Lawyer Courtney Betty, left, national security expert Huda Mukbil, former senator Don Oliver, and NDP MP Matthew Green. Mr. Betty says 'we're now getting geared up on the premise that the government is prepared to have these individuals relive their horror, and tell their stories,' with Ms. Mukbil saying the stories that are emerging as a function of this lawsuit is 'really the tip of the iceberg.' Photograph courtesy of Courtney Betty, photograph courtesy of Huda Mukbil, The Hill Times file photograph, The Hill Times photograph by Andrew Meade

More than 520 current and former Black federal public servants are now part of a $900-million class-action lawsuit that is alleging decades-long government discrimination, lack of advancement opportunities, and harassment. Three months ago, there were 12 representative plaintiffs.