Experts say the Canadian military’s approach to sexual harassment allegations that have made headlines in the last few weeks will finally change, but it won't happen overnight. It could take a full generation or two for the sexist culture to finally change. 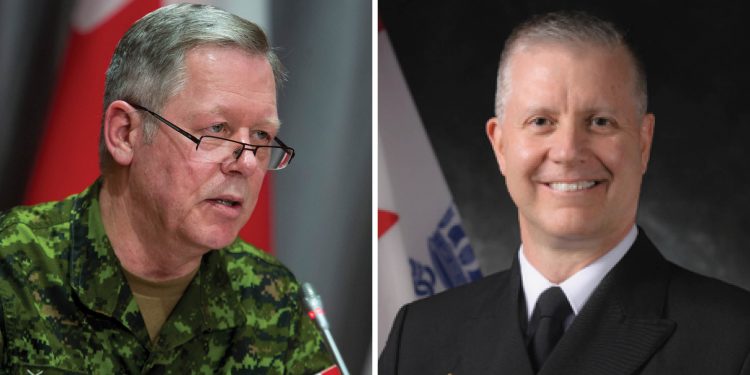 Former chief of defence staff Gen. Jonathan Vance, left, Admiral Art McDonald, right. Gen. Vance is facing allegations of inappropriate behaviour with female subordinates when he was in the military's top job. Admiral McDonald is facing an allegation of inappropriate behaviour with another member of the military and has stepped aside from the top military post while the investigation takes place. The Hill Times photograph by Andrew Meade, photograph courtesy of Twitter

The probe into the explosive allegations against the country’s former top soldier of an inappropriate sexual relationship with a female subordinate may finally address the sexist culture in Canada’s military, say experts, but some say the culture change won’t happen overnight and one says the rank-and-file of the Canadian Armed Forces “expect to have leaders who demonstrate the same sort of character and the same sort of values” they share.