The fight about academic freedom in Canada is whitewashed

François Legault's fight against 'wokeness' and social advocacy isn’t about academic freedom. It’s about a small group of white people refusing to change or hear about any other lived experience. We might as well call it Karen University. 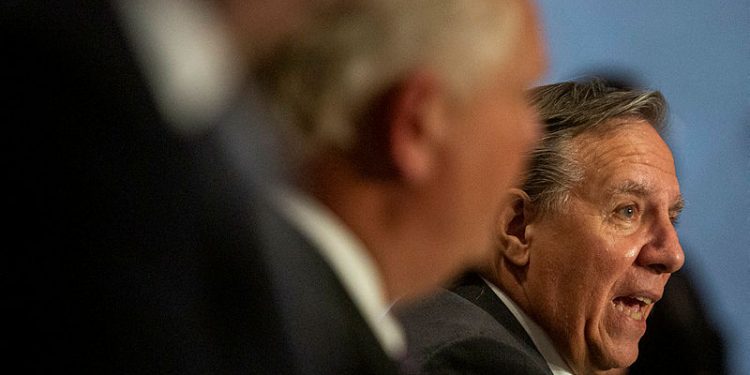 Quebec Premier François Legault, pictured Sept. 18, 2020, in Ottawa after a premiers' meeting. Academia is not about the freedom to speak any dumb idea or thought that one might have. Academia was intended to play the role of 'critic and conscience of society' and that’s a serious responsibility, writes Rose LeMay. The Hill Times photograph by Andrew Meade

OTTAWA—Quebec Premier François Legault used social media on Facebook last week to share his belief that “a handful of radical activists who are trying to censor certain words and works” are the problem, in reference to the recent use of the N-word by university professors in Ottawa and Montreal and those tyrannical students. It’s ironic when only six per cent of professors in Quebec universities are visible minorities, including only 0.3 per cent Indigenous (2019 Loi sur l’accès à l’égalité en emploi dans des organismes publics). But the average across Canada is somewhere between one and 1.5 per cent Indigenous, so academia everywhere is quite white.