This suggests that the pattern is getting stronger—and the latitudes where the loops are stalling include most of the major ‘breadbasket’ regions of the northern hemisphere. If we’re looking at a future of synchronized crop-killing droughts and heatwaves in those regions, world food production is in big trouble. 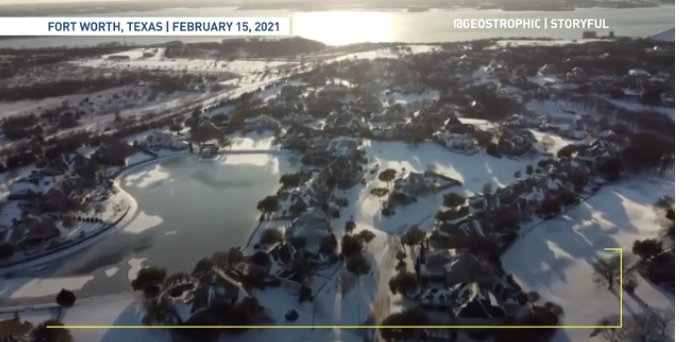 Texas experienced a deep freeze that left millions without power last week and as of Monday, Feb. 22, more than 15,700 people in Texas were without power. Screen capture image courtesy of the Weather Network

LONDON, U.K.—Texas puts out more carbon dioxide than any other U.S. state, so there was some innocent amusement to be had from the indignation of Texans unable to boil their drinking water during the Big Freeze because the power was still out. Things like that are not supposed to happen in a modern, developed country like the U.S. of A. How dare they?