It would be a grave mistake for the U.S. to pull out of Afghanistan entirely, or without plenty of pre-warning. 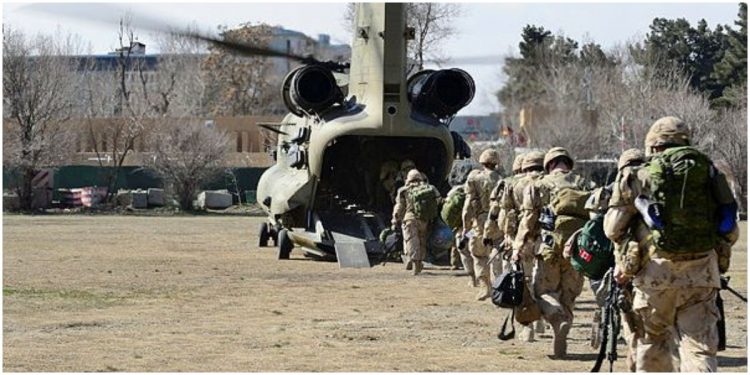 The last Canadians involved in the NATO training mission in Afghanistan board an American Chinook helicopter on March 12, 2014 as they leave Kabul, Afghanistan. Conditions-based negotiations, renewed and smaller NATO troop commitments, as well as a commission that disarms the parties could lead to success in Afghanistan over time, writes Erika Simpson. Canadian Armed Forces photograph by Patrick Blanchard

NATO defence ministers held discussions last week to address the military alliance’s mission in Afghanistan, reaffirming its commitment. The Taliban insurgent group has no incentives to compromise right now, and Afghanistan President Ashraf Ghani’s national army is intent on taking the war from the inner urban precincts to the districts in the unprotected countryside, ruled by roving bands of cut-throat insurgents. We cannot expect a breakthrough in Afghan peace talks in Doha, Qatar for months to come unless the United State’s future troop withdrawals take a conditions-based approach, instead of a time-based deadline approach.