Burma: back to basics

What happens now? Probably a new president and commander-in-chief to replace Min Aung Hlaing within weeks, and then another prolonged period of military rule. Foreign sanctions? Definitely. Popular protests? Almost certainly. Massive bloodshed and repression? Quite possibly; the army has done that before. And Aung San Suu Kyi gets another crack at sainthood. 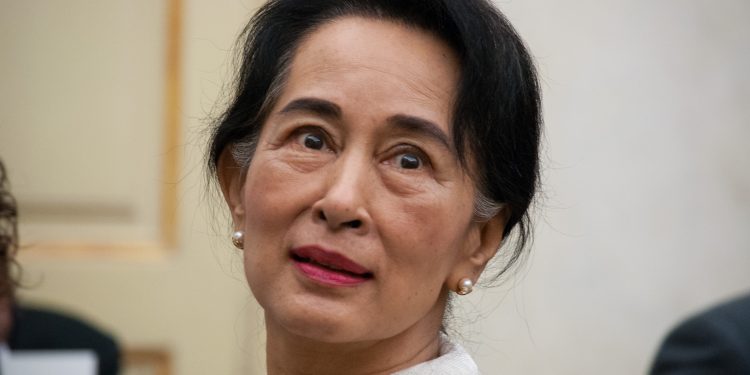 The Burmese army moved with practised ease to arrest democratic leader Aung San Suu Kyi, pictured, and all the members of her National League for Democracy (NLD) who had been elected to the new parliament by an 80 per cent landslide last November. Photograph courtesy of Commons Wikimedia

LONDON, U.K.—China’s Xinhua news agency tactfully described the Burmese army’s seizure of power on Feb. 1 as a ‘cabinet reshuffle’. This suggests a possible new approach for Donald Trump’s legal team as he faces a second impeachment trial, but it won’t work, for two reasons. One, Trump’s coup attempt failed. Two, people got killed.