Sinclair says next GG should be Indigenous, ‘would contribute to reconciliation in a significant way’

Murray Sinclair says an Indigenous GG, dedicated to the principles of democracy and reconciliation, could play a significant role in how Canada develops as a nation. 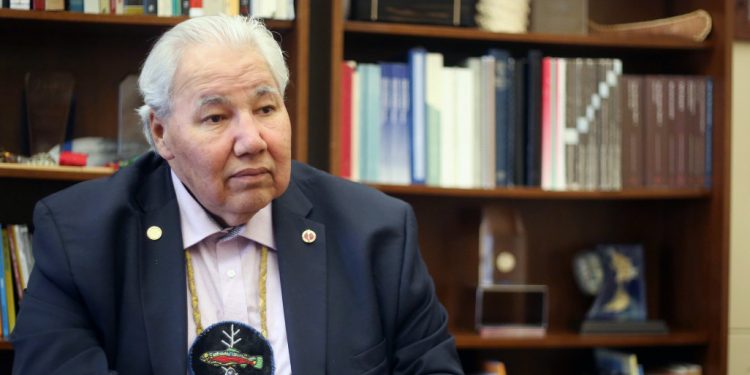 Senator Murray Sinclair, pictured in Hill office on March 22, 2018, is leaving the Senate five years early to focus on spending more time with his family, mentoring young Indigenous lawyers, and writing his memoirs. The Hill Times photograph by Andrew Meade

Murray Sinclair is a trail blazer. Appointed associate chief judge of the Manitoba provincial court in 1988, he was later the first Indigenous judge appointed in 2001 to the Court of Queen’s Bench of Manitoba and the second Indigenous judge appointed in Canada. He was co-commissioner of Manitoba’s Public Inquiry into the Administration of Justice and Aboriginal People and later led the Truth and Reconciliation Commission as chief commissioner before he was appointed to the Senate in 2016 by Prime Minister Justin Trudeau. He has acted as a mediator on Indigenous issues and the Senate and helped investigate allegations of systemic racism of police in Thunder Bay, Ont.