With the two sides having been at the bargaining table for almost two years following the expiry of the most recent collective agreement, strike votes are scheduled to run from Feb. 11 to 24. 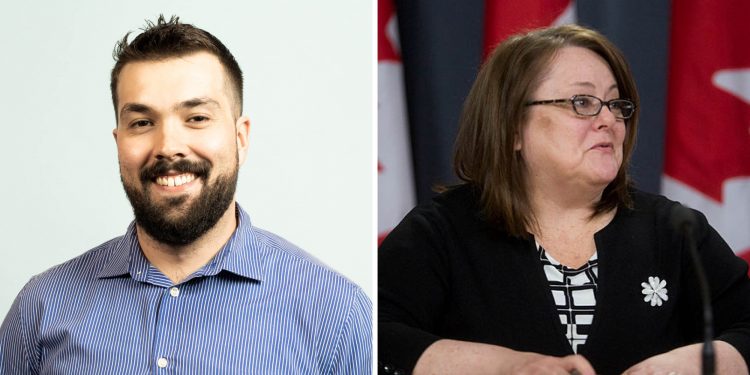 Public Service Alliance of Canada’s regional executive vice-president for the National Capital Region Alex Silas, left, and Communications Security Establishment chief Shelly Bruce, right. Mr. Silas said the 'bargaining team has decided that the employer has put us in a position where our only next step is to hold strike votes and put questions to the members on potential job action.' Photograph courtesy of the Public Service Alliance of Canada, The Hill Times photograph by Andrew Meade

Federal cybersecurity workers at Canadas’s Communications Security Establishment are gearing up for strike votes following the collapse of bargaining talks after nearly two years at the table with the federal government in pursuit of a new collective agreement.