The CBSA must protect our borders from the far right

The failed Capitol Hill insurrection is a wake-up call that a serious threat to our national security is rooted in domestic white supremacists and far-right organizations. 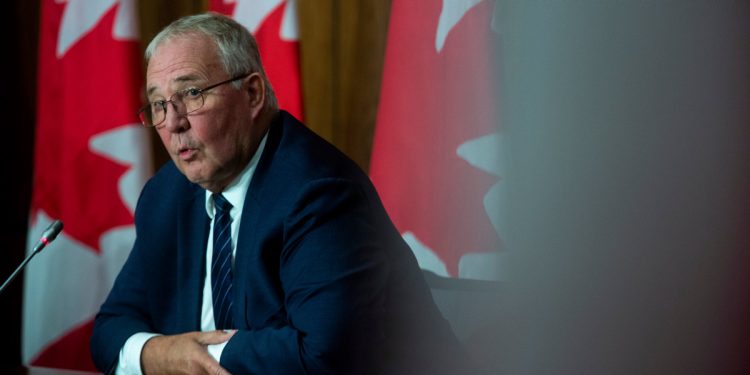 Public Safety Minister Bill Blair has not committed to adding the Proud Boys to Canada’s list of terrorist organizations. The CBSA needs to improve its intelligence on white supremacists and other far-right organizations to prevent them from finding a new home here, writes Washim Ahmed. The Hill Times photograph by Andrew Meade

People around the world struggling against dictatorships and fighting for democracy have often looked to the United States for inspiration. But America’s democratic credentials have been tarnished. The assault on democracy on Jan. 6 was the culmination of years of Donald Trump inciting his base with hateful rhetoric and radicalizing people, who eventually led an insurgency on the country’s elections and transition of power. The extent to which these elements succeeded in breaching the Capitol was described by Politico as a “strategic failure” of security and police forces. Others have described it as a double standard that comes with white privilege. In fact, it’s both.

Bill S-4 would give better pay and official status to the leaders of the new groups in the Senate.

Setup of tribunal for privacy complaints could delay levying of fines, says watchdog

The establishment of an administrative tribunal could ‘encourage’ companies to pursue that as an avenue of redress, instead of first trying to comply with the privacy commissioner’s findings, the watchdog says.

The Conservatives have nominated candidates in about 200 of the 338 ridings across the country, according to party spokesman Cory Hann.

Public-private partnerships require significant design and engineering work, community engagement, environmental assessment and planning, as well as contracting with the person who’s going to build it during the actual construction period and ramp up into operation, says CIB CEO Ehren Cory.

Katie Telford repeatedly deflected questions around whether she ‘deliberately withheld’ information from the prime minister.
Trending Stories
Would you like to read
this notable, free story?