Pre-Trump America is no more; Canada will have to rethink its world view

While Trump’s incitement of the mayhem at the Capitol has hurt his standing with Americans, generally, polls indicate his followers by and large have not been chastened or turned against the outgoing president. 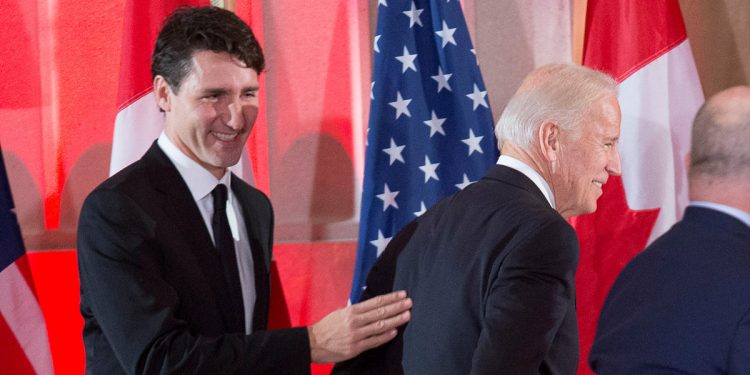 Prime Minister Justin Trudeau and then-U.S. Vice-President Joe Biden attend a lunch in Ottawa in December 2016. Solving Canadian trade disputes with the Biden administration may not be that much easier than it was under Trump, and it’s not clear who, if anyone, in positions of power in D.C. will be able to effectively shore up global economic co-operation now that Trump has turned many Republicans into protectionists, writes Les Whittington. The Hill Times file photograph

OTTAWA—I covered the end of the Pinochet dictatorship in Chile, where a million people took to the streets, dodging police and their water cannons, to affirm that country’s first democratic election in 20 years. In Haiti, I watched marauding soldiers roam the streets of Port-au-Prince as the military threw out an elected president in a bloody coup.