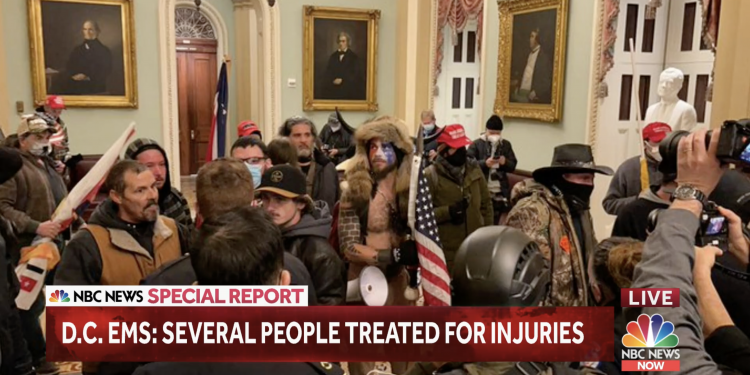 Pro-Donald Trump rioters breached the Capitol Building in Washington, D.C., on Wednesday afternoon, forcing the evacuation of politicians who had gathered to certify Joe Biden’s win of the presidential election. Screenshot courtesy of NBC News

Canadian MPs joined what were likely scores of people around the world on Wednesday afternoon in watching protests against the certification of election results at the United States capital devolve into scenes of a mob storming the Capitol Building.