'You don’t have a lot of lead time—this is our lead time to prepare and to recognize that things are not going well,' said medical director of infection prevention and control at Toronto’s University Health Network Dr. Susy Hota, six weeks out from the holiday season. 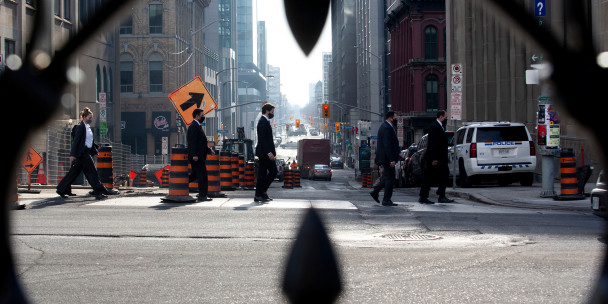 Prime Minister Justin Trudeau, pictured along with his security detail Nov. 9, 2020, on their way to a press conference in the Sir John A. Macdonald Building on the Hill. The Hill Times photograph by Andrew Meade

Six weeks out from the holiday season and following the worst week of the ‘second wave’ of COVID-19 in Canada that’s seen skyrocketing new case numbers in many provinces across the country, the NDP’s health critic Don Davies says what the country needs right now is “clear, coherent and consistent messaging” around preparing Canadians for the effect the pandemic will have on holiday planning—messaging that should come from Prime Minister Justin Trudeau—with Green Party Leader Annamie Paul calling for the establishment of an intergovernmental task force during a national emergency that requires a “coordinated, national plan.”