The first definitive history of Canada's time on the UN Security Council is a must read for anyone interested in Canadian foreign policy. 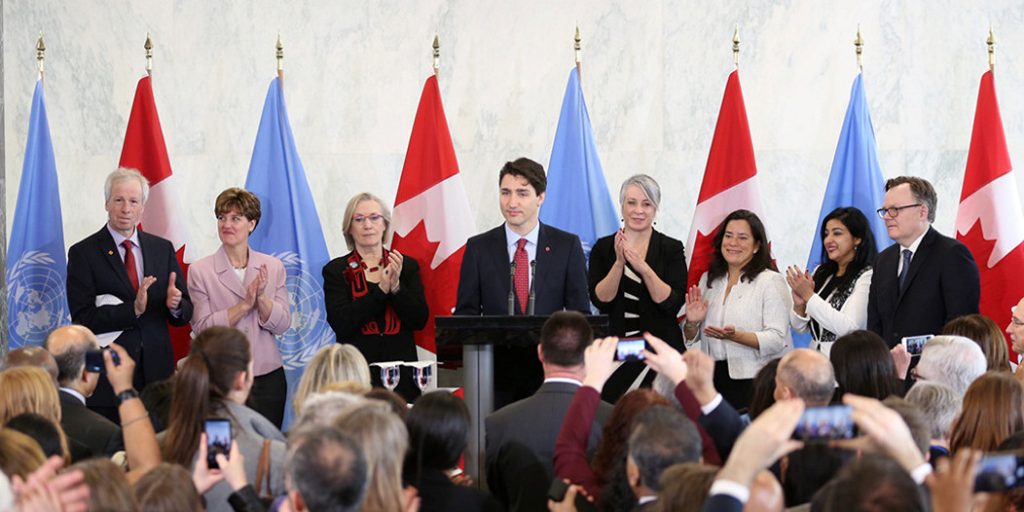 Prime Minister Justin Trudeau, pictured on March 16, 2016, announcing Canada's bid for a non-permanent seat on the UN Security Council. The ultimately unsuccessful campaign for the seat had all the hallmarks of a partisan campaign, something that Adam Chapnick says is detrimental to Canada's success on the UNSC. Prime Minister's Office photo courtesy of Adam Scotti
By Aidan Chamandy      September 21, 2020

Canadians no longer have to delve through old news reports and obscure academic works to understand how their country operates at the United Nations Security Council, though this reporter is not sure many have tried. A highlighter, pencil, and 190 pages of Adam Chapnick’s Canada on the United Nations Security Council: A Small Power on a Large Stage are all that is now required.