‘Ball is in his court’: Sloan should be given chance to prove he’s a team player, say strategists, as O’Toole pressured to expel rookie MP

'It's in everyone’s interest that this doesn't get blown up and it be dealt with in a way that both satisfies some supporters who like Mr. Sloan’s ideas, but at the same time, doesn’t put them front and centre,' says David Coletto, CEO of Abacus Data. 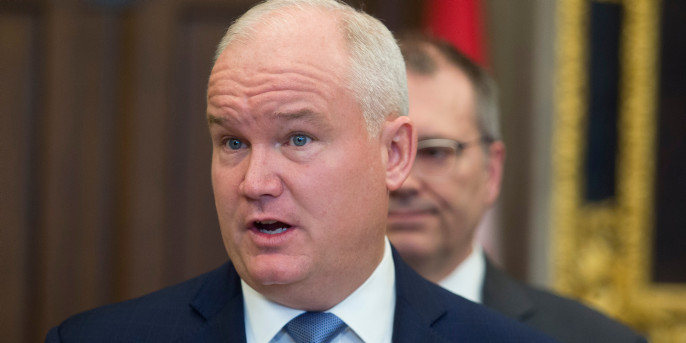 Newly minted Conservative Leader Erin O’Toole, pictured last December, tried to put comments made by his former contenders in the leadership race behind him this week. 'There’s a contrast of ideas, and that’s finished ... we're united now,' he says. The Hill Times photograph by Andrew Meade

Rookie MP Derek Sloan should be afforded the chance to be a “team player” and avoid the “limelight” under newly minted Conservative Leader Erin O’Toole, say strategists and pollsters, amid calls from a Liberal MP for him to be expelled from caucus this week.