Who should bear the costs of COVID-19?

There are no easy answers about how precisely to share the burden of the crisis. More detailed policy discussions are needed. A good starting point would be to agree that when we ask, 'Who should bear the costs of COVID-19?' we can collectively answer 'All of us, equitably.' 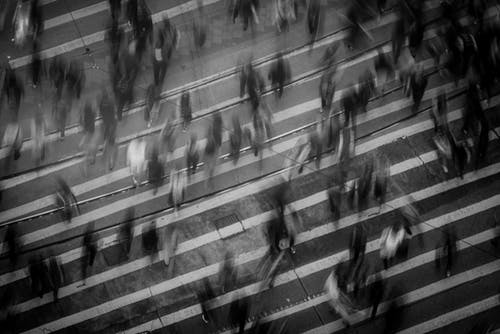 Contrary to blanket statements that taxes would harm growth and recovery, such measures would pose little threat to the economy: if used to fund transfers to lower-income groups, who are more likely to spend their income. They may actually stimulate demand and economic recovery, writes Wilson Prichard. Photograph courtesy of Pexels

TORONTO—This is not a normal economic crisis. The pain has been distributed unevenly—and arbitrarily. Those who have suffered most were not, for the most part, reckless, poorly prepared or irresponsible. Overwhelmingly, it has been a matter of luck. The bad luck has been concentrated among those in face-to-face sectors, and those with more insecure contracts—disproportionately women, younger workers, visible minorities and those with lower-incomes. Meanwhile, a smaller minority—often already wealthy—have seen their wealth and profits expand further. Absent substantial and continued support, vulnerable groups will likely exit the crisis worse off than when it began, and our country will be more unequal.

For the first time in the party’s history, a Conservative member has initiated a petition to call a referendum on the party leader. But, the Conservative Party’s president has questioned the online petition’s validity.

Centre on Hate, Bias, and Extremism director Barbara Perry says there has been a 'perfect storm' that has led to the incidents of hate and violence that have been seen on the campaign trail.

Along with his time as House leader, the Liberal MP-elect served under the Wynne government as Ontario’s attorney general, minister of community safety and correctional services, and as labour minister.

With 34 ridings with no incumbent contesting the race and a total of 16 flipped seats, at least 44 new people are projected to join the House's class of 2021, including the first Filipina-Canadian to hold federal office.

As of press deadline on Sept. 21, the Liberals had won or were leading in 156 ridings, the Conservatives 121, the Bloc Québécois 32, the NDP 27, and the Green Party in two.

‘It looks like nobody wanted an election and no one got what they wanted’: what pollsters, politicos, and reporters had to say about Election 44

Difficulties with voting captured the attention of Canadians on Twitter, as many complained of long lines, being turned away at polls and issues with Elections Canada's website.
Trending Stories
Would you like to read
this notable, free story?