‘For those of us serving in elected office, political life can be incredibly intense and it often becomes all-encompassing’: byelection speculation begins after Liberal MP Levitt announces he will resign his York Centre seat

Plus, Independent Senator Murray Sinclair is happy to make his return to the legal field before his career winds down, as one advocate hails him as Canada's most respected Indigenous rights advocate. 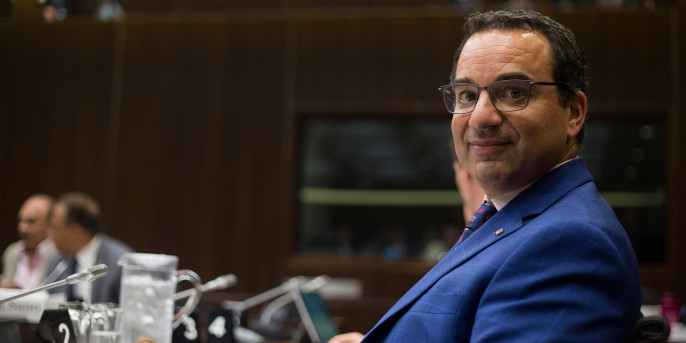 Byelection speculation started shortly after Liberal backbencher Michael Levitt announced he will be resigning from his seat for York Centre, effective Sept. 1. Mr. Levitt will then head up the non-profit Friends of Simon Wiesenthal Center for Holocaust Studies as its president and CEO. “For those of us serving in elected office, political life can be incredibly intense and it often becomes all-encompassing,” wrote Mr. Levitt in an Aug. 4 statement shared to his Facebook. Recalling “surreal moments” like sleeping overnight on the Hill for marathon Commons votes, Mr. Levitt described his time since he was first elected in 2015 as “the greatest honour of my life,” but one that has not been without consequence.

Groups say they're pleased to see Ottawa picking up the pace, while the Ontario Native Women’s Association says its exclusion 'makes zero sense' and means some women will fall through the cracks in the conversation.

'I feel it is worth noting that Canada pushed for [White Helmets] to include women and funded their efforts to recruit and train women. Now those women are in even more danger,' a GAC official wrote.

Half-hour ‘House parties’ on Zoom: MPs adjust to the transition to electronic voting

'There’s a lot of talent; it’s not just political rhetoric. We do have our moments. At the end of the day, we’re just people,' says NDP MP Lindsay Mathyssen of the range of musical talent among MPs.

The Conservative, NDP, and Green Party critics all say the federal government has failed to act to address tensions.

'All Joe [Biden] had to do last night was show up,' says former prime minister Brian Mulroney. 'He showed up, and he did better than that, he performed quite well. Not in a superior fashion, but quite well.'

Manitoba Senator Patricia Bovey is pushing to see more diversity represented in the art hanging throughout the building the Upper Chamber calls home, calling the new display the ‘first iteration’ of those efforts.

The powerful Internal Economy Committee also agreed to move some procurement discussions from behind closed doors in a bid to be more transparent about its contracts.

The efforts of the Ottawa Group were part of just a select few foreign policy priorities mentioned during the Throne Speech, ahead of a 'disappointing' move by the U.S. to appeal a WTO softwood lumber ruling.

New PBO figures do not capture the possibility of any new government programs, and work off the assumption that there will be a 'gradual' relaxing of public health restrictions within the next 12 to 18 months.
Trending Stories
Would you like to read
this notable, free story?