Canada’s declining productivity: is substance abuse the root of the problem?

The COVID-19 pandemic has sunk all boats, but when the tide comes back, we are still going to be seized with the challenge of declining productivity in comparison to our international competitors. 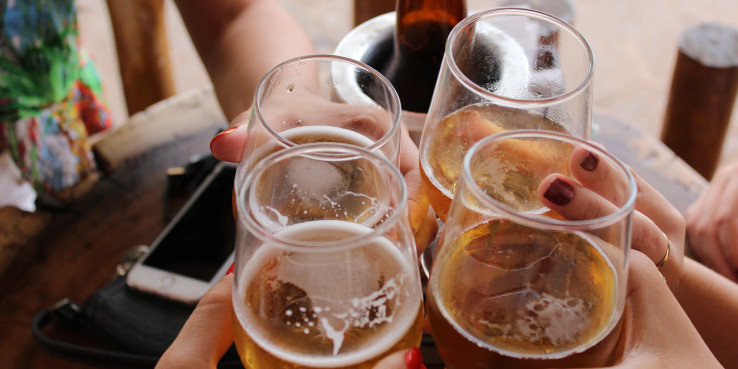 Alcohol consumption and other substance use is on the rise in Canada, and a recent report from the Canadian Centre for Substance Abuse and Addiction suggests it's hurting our productivity, writes Andrew Caddell. Photograph courtesy of Unsplash/Giovanna Gomes

OTTAWA—A few weeks ago, a story appeared in the news describing the problems of substance abuse in Canada. The study from the Canadian Centre on Substance Abuse and Addiction suggested the hit to Canadian productivity from the abuse of alcohol, tobacco, and drugs was $46-billion annually. It did not get much attention and, like many stories of its kind, dropped out of sight.

Groups say they're pleased to see Ottawa picking up the pace, while the Ontario Native Women’s Association says its exclusion 'makes zero sense' and means some women will fall through the cracks in the conversation.

'I feel it is worth noting that Canada pushed for [White Helmets] to include women and funded their efforts to recruit and train women. Now those women are in even more danger,' a GAC official wrote.

Half-hour ‘House parties’ on Zoom: MPs adjust to the transition to electronic voting

'There’s a lot of talent; it’s not just political rhetoric. We do have our moments. At the end of the day, we’re just people,' says NDP MP Lindsay Mathyssen of the range of musical talent among MPs.

The Conservative, NDP, and Green Party critics all say the federal government has failed to act to address tensions.

'All Joe [Biden] had to do last night was show up,' says former prime minister Brian Mulroney. 'He showed up, and he did better than that, he performed quite well. Not in a superior fashion, but quite well.'

Manitoba Senator Patricia Bovey is pushing to see more diversity represented in the art hanging throughout the building the Upper Chamber calls home, calling the new display the ‘first iteration’ of those efforts.

The powerful Internal Economy Committee also agreed to move some procurement discussions from behind closed doors in a bid to be more transparent about its contracts.

The efforts of the Ottawa Group were part of just a select few foreign policy priorities mentioned during the Throne Speech, ahead of a 'disappointing' move by the U.S. to appeal a WTO softwood lumber ruling.

New PBO figures do not capture the possibility of any new government programs, and work off the assumption that there will be a 'gradual' relaxing of public health restrictions within the next 12 to 18 months.
Trending Stories
Would you like to read
this notable, free story?