'What’s at stake here is human life, and in a systemic sense, the treatment of vulnerable groups and actually being able to embed equity in our society,' says York University professor Lorne Foster. 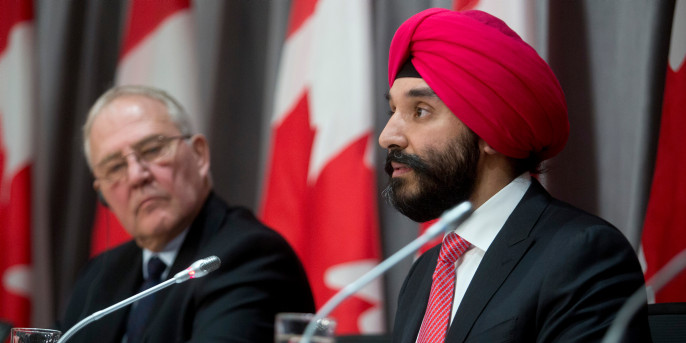 Innovation, Science, and Industry Minister Navdeep Bains, pictured March 20 with Public Safety Minister Bill Blair, will oversee Statistics Canada as the agency partners with the Canadian Association of Chiefs of Police to beef up its efforts to collect race-based crime data. A July 15 announcement came with few details and no money linked to the initiative, though one officer hopes to have something in place by 2021. The Hill Times photograph by Andrew Meade

Six years after police in Canada began reporting the Indigenous identity for victims and people accused of homicides to the country’s statistics agency, some officers are hoping to get buy-in from their colleagues to similarly enhance crime data on a wider scale by early next year. But beefing up efforts to collect such race-based data will need to be made mandatory nationwide to truly be effective, say some experts, placing a growing importance on the political will of decision makers to use that evidence to guide reforms.