Plus, Conservative MP Cathy McLeod will be on an episode of TVO's Political Blind Date in the fall, after filming last week in Kamloops, B.C. 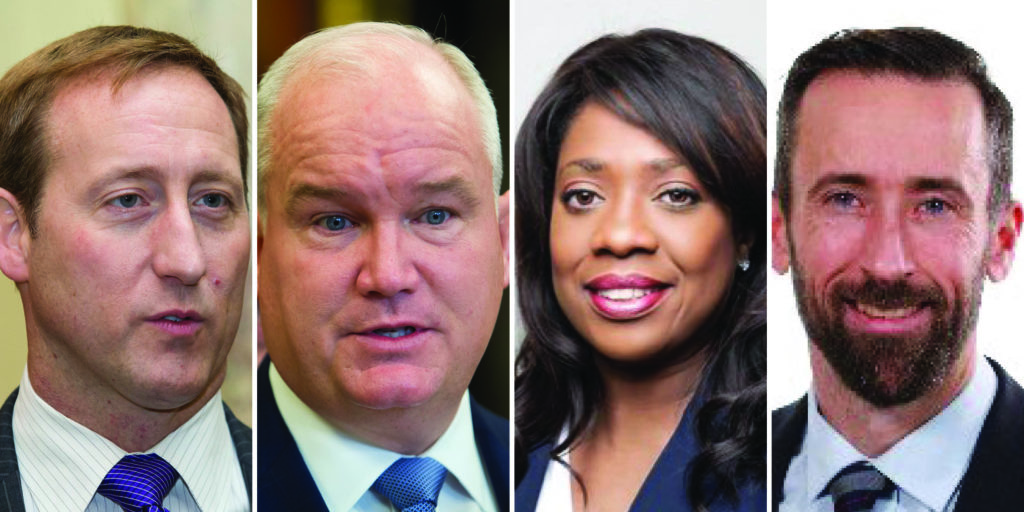 All four Conservative leadership candidates, Peter MacKay, Erin O'Toole, Leslyn Lewis, and Derek Sloan, will take part in a leadership debate later this month in an event hosted by the Independent Press Gallery on July 29. The party said last week that more than 269,000 members are eligible to vote in the race, which comes to an end on Aug. 21. The Hill Times file photographs
By Palak Mangat      July 20, 2020

Four leadership hopefuls for the Conservative Party will take part in a debate later this month, at the Independent Press Gallery of Canada’s first event on July 29. Leslyn Lewis, Peter MacKay, Erin O’Toole, and Derek Sloan will square off in the debate moderated by True North’s Andrew Lawton, an event that will also feature an appearance by Independent Press gallery president Candice Malcolm. The debate will be streamed on the gallery’s page and broadcast live from Toronto, beginning at 7 p.m., along with media availabilities for the candidates. Voting for a new leader is currently underway, and the party said July 14 that more than 269,000 members are eligible to vote in the race. About 100,000 of those memberships were bought in 2020, and the party said it is the largest membership in party history. A replacement for outgoing leader Andrew Scheer is to be named on Aug. 21. The Independent Press Gallery, meanwhile, bills itself as “an alternative to the government-influenced Parliamentary Press Gallery.”

Palak Mangat is an online reporter with The Hill Times.
Follow her on Twitter @palakmangat or email her at pmangat@hilltimes.com