'At this point, any type of placement students are placed in, they wouldn't be able to receive the full benefit coming out of it, because it is already July,' says Nicole Brayiannis of the Canadian Federation of Students. 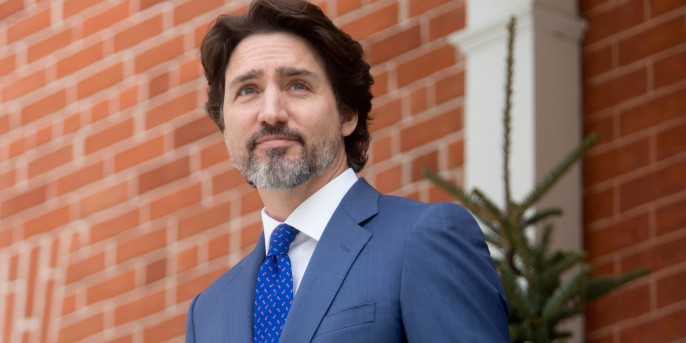 Student experts and political observers say how Prime Minister Justin Trudeau, pictured May 7 at Rideau Cottage, and his government respond to the 'quagmire' surrounding WE Charity and the Canada Student Service Grant is crucial. Some students are calling on the feds to scrap the program entirely and direct funds to other relief measures targeted at students. The Hill Times photograph by Andrew Meade

As fallout over the prime minister’s involvement in a now-abandoned plan to award WE Charity oversight of a $900-million program plays out, his government’s efforts to move past the controversy and roll out the student relief program could influence how younger voters evaluate his performance, say some observers, while some student advocates are calling on Ottawa to ditch the program altogether, and instead funnel that money into existing aid programs.

'It's clear that everybody's already tilting in toward the next president,' said Mr. Heyman, who served as the U.S. envoy to Canada from 2014 to 2017.

One-term former Liberal MP Celina Caesar-Chavannes talks to The Hill Times about her life in federal politics and about her upcoming book, Can You Hear Me Now?, and she says she's not ruling out a return to the Hill.

But NDP MP Matthew Green says 'there just seems to be ongoing reluctance for this government to go beyond the aesthetics of big ticket announcements.'

The bill leaves unanswered questions, including why the government wants consumer data, and how much businesses will be able to do with that data without consumers' permission, says John Lawford.

Canada could be on track to hit upwards of 60,000 new infections in December, unless individuals modify their behaviour and restrictions are tightened.

Feds could receive 6 million vaccine doses by March 2021, but details around distribution in works

The possibility of Canada receiving six million vaccine doses by the end of March 2021 comes with a 'big if,' says Iain Stewart, the newly named president of the Public Health Agency of Canada.

No system in place to verify if mail-in ballots counted in official tally, says Elections Canada

Elections Canada is exploring the idea of installing secure drop-off boxes for mail-in ballots.
Trending Stories
Would you like to read
this notable, free story?