Plus, Liberal MP Peter Fragiskatos supports a petition calling on the feds to provide free menstrual products in the washrooms of all federally regulated workplaces. 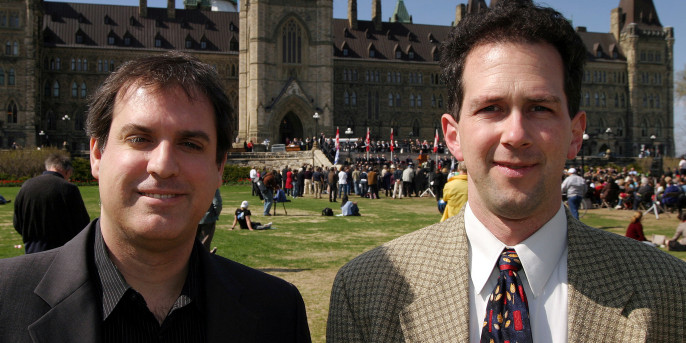 Veteran Globe and Mail reporter Daniel Leblanc, shown at right in this 2005 file photograph with colleague Campbell Clark, is leaving the paper at which he has spent more than two decades. Mr. Leblanc is now headed to Radio-Canada. The Hill Times file photograph

Globe and Mail veteran reporter Daniel Leblanc split his time last week between digging into the government’s $343-billion deficit and announcing his resignation from the paper at which he spent more than two decades. “The news is trickling out… After nearly 22 years, I have resigned from the Globe and Mail. It was a pleasure, an honour and a great source of pride. My best work was always teamwork and I leave behind fantastic journalists, but the friendships are intact,” tweeted Mr. Leblanc on July 8, just hours before the government unveiled its deficit figures.