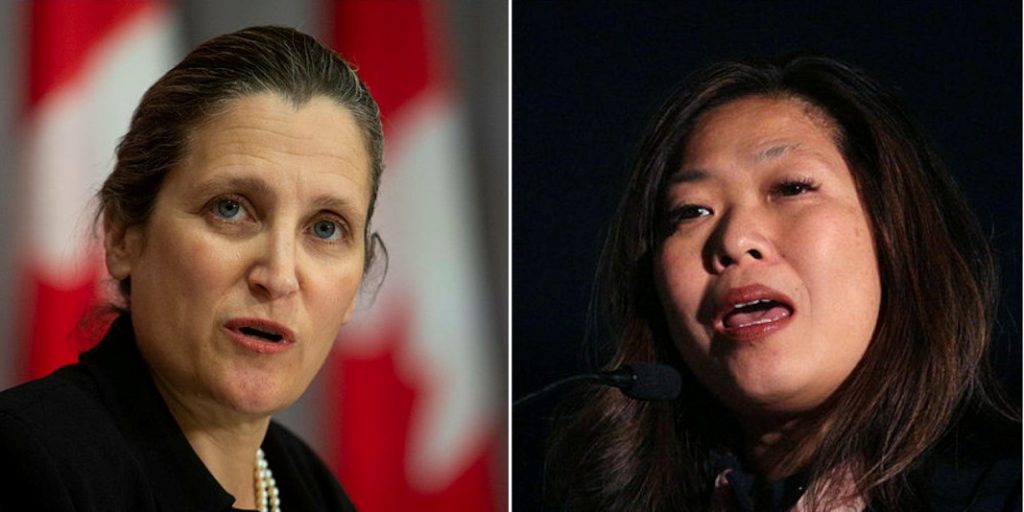 Deputy Prime Minister Chrystia Freeland had been tasked with the responsibility of guiding the new NAFTA along, but its implementation bill is now in the ministerial hands of International Trade Minister Mary Ng. The Hill Times photographs by Andrew Meade
By Neil Moss      July 8, 2020

Neil Moss is a reporter at The Hill Times covering federal politics, foreign policy, and defence.
Follow him on Twitter @neilrmoss or email him at nmoss@hilltimes.com