In the quest to gain a seat at the UN Security Council, the revival of peacekeeping missions is the most strategically prudent and the least costly alternative. Canada has an opportunity to translate rhetoric into action prior to this upcoming June. 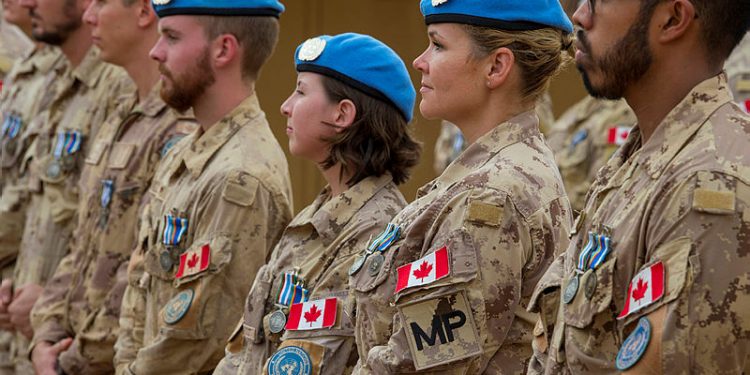 VANCOUVER—Prime Minister Justin Trudeau recently spoke to an audience of African diplomats in Ottawa and highlighted the importance of bilateral ties between Canada and African states. The goal was to garner their support for Canada’s campaign in securing a seat at the UN Security Council. With the vote coming up this June, Canada will need at least 128 votes that include 54 African countries. In doing so, the prime minister aimed to fulfill his “Canada is back” pledge back in 2015. However, while this direct appeal was meant to demonstrate the revival of Canada’s “middle power” doctrine, the prime minister’s speech fell short of promising renewed commitment to peacekeeping missions across the continent. In fact, following the recent conclusion of Canada’s deployment in Mali, the country’s peacekeeping contribution returned to historic lows. Currently, according to UN figures, Canada only contributes 45 troops to UN peacekeeping missions around the globe. In comparison, Ethiopia tops the list with 6,639 troop contributions. These numbers reflect the staggering decline in Canada’s middle power status, particularly in Africa.

‘I’m living the dream,’ says Liberal MP Kevin Lamoureux of his regular House of Commons presence. With more than 550 House interventions so far this Parliament, he’s second only to the Speaker.

The nail-biter 146-180 vote came down in large part to the NDP. Its 24 representatives voted alongside the Liberals and the Greens’ three-member caucus in defeating a Conservative motion.

Parliamentary Budget Officer Yves Giroux says he's found it 'much more difficult to get information out of the minister’s officer' since Parliament returned with Chrystia Freeland in charge of the nation's finances.
Trending Stories
Would you like to read
this notable, free story?