In accounting for the spending drives in response to COVID-19 rolled out so far, the PBO projects Canada’s deficit could soar to $184.2-billion for the 2020-21 fiscal year. The last time Canada was that deep in the red was in 1984-85. 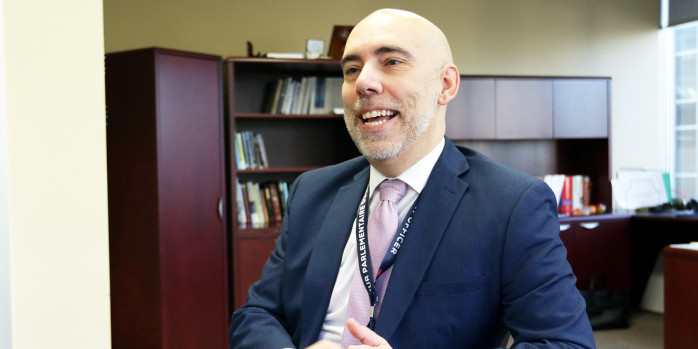 Parliamentary Budget Officer Yves Giroux, pictured on Jan. 14, 2019, and his office forecast that Canada's deficit could soar to $184.2-billion for the 2020-21 fiscal year. It does not account for the feds 75 per cent wage subsidy bill, which will be debated Saturday afternoon. The Hill Times photograph by Sam Garcia

Some of the federal government’s priciest spending measures in response to the global COVID-19 pandemic could cost more than $851-million between the 2020 and 2021 fiscal year, according to analyses released Thursday by the Parliamentary Budget Officer.

The PBO estimated that one of the feds’ priciest COVID-19 programs, the Canada Emergency Response Benefit, which is open to jobless Canadians, could cost $22.3-million. That assessment was among a series of costing reports the office released on Thursday, including analyses on the six-month moratorium on federal student-loan repayments, which is projected to cost $150-million, and the extension for filing federal taxes and deferring payments, pegged to cost $679-million.

Since applications for the benefits opened Monday, the government had processed nearly a million claims on that first day, according to The Toronto Star. Three million other claims for either EI or the benefit had been processed by Tuesday. The PBO estimated that some 5.4 million Canadians could receive the benefit.

In another analysis, the PBO projected that, in accounting for the spending drives in response to COVID-19 rolled out so far, Canada’s deficit could soar to $184.2-billion for the 2020-21 fiscal year. The last time Canada was that deep in the red was in 1984-85.

That analysis does not include the feds’ 75 per cent wage subsidy, which has yet to be considered by Parliament and is, according to the finance department, expected to cost $71-billion. Parliament is expected to reconvene on Saturday afternoon to pass the legislation. Negotiations are still underway over when to recall Parliament to pass the bill.

For more info on a recall of the House: https://t.co/PwiCsrGgDY pic.twitter.com/MfzZV4UBbv

Finance Minister Bill Morneau (Toronto Centre, Ont.) delayed the March release of the federal budget amid the uncertainty posed by the virus.

A taxable benefit that pays workers $500 per week, for up to 16 weeks, the CERB is eligible for those who have lost their income due to the virus or are unable to work to care for someone sickened by COVID-19. To qualify, workers must have earned at least $5,000 in the past year.

The government said  on April 1 that the CERB does not benefit all workers, such as those with reduced hours or who paid less than they would get under the program. Many students are also unlikely to qualify, given that not all are able to hold full-time or part-time jobs. On April 8, Prime Minister Justin Trudeau (Papineau, Que.) announced some “temporary changes” to the Canada Summer Jobs program to support students ineligible for the benefit, including allowing employers to claim up to 100 per cent of the provincial or territorial minimum hourly wage for each employee under the program.

A subsequent study on the benefits programs from the Canadian Centre for Policy Alternatives estimated that about 862,000 Canadians may not receive anything from EI or the CERB.

Last month, the feds also announced they will be pausing the repayment of federal student loans, with no interest, starting April 1.

The PBO noted in its report that the $150-million estimate may not reflect the full cost of the measure, given that it’s hard to precisely pin down “loan repayment behaviour.”

“[It] exhibits a certain degree of randomness,” the report said. “There may be potential fiscal impacts for subsequent years.”

Since that measure was announced, provinces like Manitoba and Ontario have also deferred student-loan payments by six months.

According to the PBO, the deadline extension to file income taxes by June 1 from April 30, and deferral of income tax or instalment payments to Sept. 1, 2020, could cost the government $679-million, making it one of the more expensive measures Ottawa has put forth since the outbreak of the virus.

The office noted that no tax revenue “should be lost” since the measure is only a deferral, but Ottawa “will need to borrow to continue paying for program expenses in the meantime.” It predicted the government will see $56.1-million in borrowing costs and $241.8-million in foregone interest and penalties, but the lion’s share of the cost will come from $381.1-million in defaults on deferred payments.

Amid increasing pressure to follow suit as other provinces released their projections, Ottawa on Thursday shared its forecasts on the virus’ trajectory, which have been guiding public health advice and measures. Federal officials estimated that there could be nearly 32,000 cases of the virus, and between 500 and 700 deaths in Canada by April 16, and 11,000 to 22,000 deaths during the entirety of the pandemic.

Mr. Trudeau said during his daily presser at Rideau Cottage that containment measures could be “the new normal until a vaccine is developed,” which experts have predicted could take anywhere from six to 18 months.

Finance and Budget Influencers
Key influencers on finance and budget issues with contacts:

AI and 5G
Short and informative analyses on policy challenges that bring background and recommendations to policymakers, journalists and the general public.