River of the dammed

The deadline for an agreement in months-long direct talks between the main parties in the dispute, Egypt, Ethiopia, and Sudan, passed on Jan. 15. Now the dispute goes to the three heads of government to agree on a mediator—and if they can’t agree, maybe we’ll see our first real 'water war.' 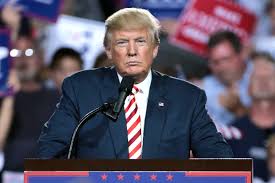 War is God’s way of teaching Americans geography, but U.S. President Donald Trump, pictured, missed all of his generation’s lessons (heel spurs). Eritrea, Ethiopia, Egypt, what’s the difference? They’re all in Africa, and they all start with ‘E’. Photograph courtesy of Flickr

LONDON, U.K.—When Ethiopia’s Prime Minister Abiy Ahmed got the Nobel Peace Prize last year for ending his country’s 20-year military confrontation with neighbouring Eritrea, Donald Trump got quite cross. He should have got the prize, Trump said, because it was he who had prevented a war.

Innovation
Short and informative analyses on policy challenges that bring background and recommendations to policymakers, journalists and the general public.