Selling the surveillance state: how China is exporting its technologies to the rest of the world

Combatting the spread of China’s digital authoritarianism will present a mounting challenge for democracies. 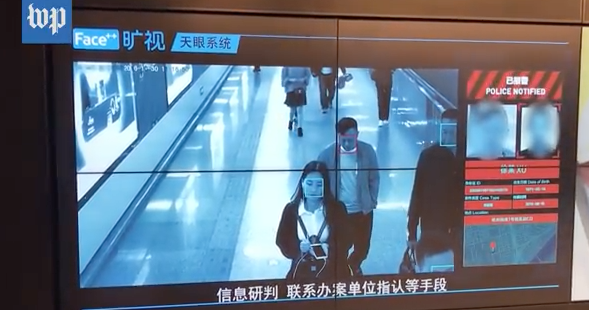 A dystopian society where every citizen’s behaviour is closely monitored under electronic eyes is no longer a far-fetched reality. The international community must take action to stop the pervasive spread of China’s surveillance technology before more civil liberties across the globe are eroded, writes Alexandrine Royer. Screen capture image of The Washington Post's 'How China is building an all-seeing surveillance state,' published Jan. 7, 2018

MONTREAL—Last week, Bojan Stojkovski, writing for Foreign Policy,  reported that a deal had been struck between Belgrade and China. The item of trade: 1,000 high-definition surveillance cameras equipped with facial recognition software to be installed by Chinese telecommunications giant Huawei. Made in China and exported to the rest of the world, Beijing has begun an aggressive marketing campaign to sell its state surveillance technology across all regions at lower prices. This alarming trend points to a new future of intense population control through ever-more intelligent and sophisticated mass surveillance technologies.