‘Either [Justin Trudeau] means what he says but none of his ministers have the confidence to fulfil it, or he really is just about broken promises,’ says Prof. Pam Palmater.

Protesters rallying in support of the Unist’ot’en camp blockade in B.C. demonstrate inside the John G. Diefenbaker Building in Ottawa on Jan. 8, prompting a change of venue for a planned appearance by Prime Minister Justin Trudeau. The Hill Times photograph by Andrew Meade

Protest actions, like the ones that spread across the country and internationally in support of the Unist’ot’en camp in northern British Columbia this month, may not sway the hearts and minds of the general electorate about the government’s record on Indigenous issues come election day, says a pollster. But according to experts and First Nations leaders, the police and government response in the face of opposition to pipeline construction in Wet’suwet’en territory is just the latest example of a Liberal government that’s long on rhetoric about its relationship with Indigenous people, but short on follow-through. 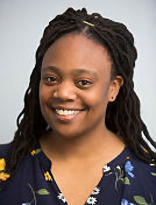 The Federal Response to the Opioid Crisis
This e-book summarizes the work on the opioid crisis that is going on at the federal level: what the House of Commons and the Senate have been listening to and acting on to help stop and mitigate this tragedy.

Cannabis with Edibles
Short and informative analyses on policy challenges that bring background and recommendations to policymakers, journalists and the general public.

After vowing to hire about 350 new workers and extend the contracts of roughly 160 existing staff members last summer, teams will be simultaneously ‘up and running’ in the next quarter, the feds say.

Filipino-Canadians could rally voters in closely-contested ridings across the country, say the founders of the Filipino Canadian Political Association.

With the most anticipated budget in recent Canadian history just around the corner, MPs from both sides of the aisle are calling for desperately needed infrastructure funding for long-term care homes across the country.

If an election were held today, the Liberals would win most of the 13 suburban ridings decided by the closest margins in the last election, say pollsters.

In appointing her successor as parliamentary secretary, Celina Caesar-Chavannes says the prime minister is continuing a ‘pattern of behaviour.’

There were a number of resolutions that were immediately shot down by grassroots members, including one urging the government to create a program for student-loan recipients to reduce their debt through volunteer work.

Remote staffing can be a ‘game changer’ to bring in diversity of skills and organizers for key roles are among the lessons learned by U.S. Democratic organizers during a pandemic election.

As the only Black female MP in Parliament, the Liberals' Marci Ien says it was equally important for her to demonstrate to young people that she had a place in politics.
Trending Stories
Would you like to read
this notable, free story?