Pulling out of Mali in July could leave UN in ‘lurch,’ says peacekeeping expert

Various scenarios are being explored to ensure the UN’s Mali mission has ‘continued support’ after Canada leaves, says Global Affairs.

With the federal government doubling down on its commitment to leave the United Nations peacekeeping mission in Mali next summer, a Canadian peacekeeping observer says Canada is undermining the UN by withdrawing from its post in Mali before a replacement is deployed.

Since the beginning of August, about 250 Canadian soldiers have been stationed in the northeastern Malian city of Gao where they have performed four medical evacuations, as of Nov. 19, according to a Department of National Defence spokesperson. National Defence Minister Harjit Sajjan (Vancouver South, B.C.) told The Hill Times in an email, the mission has also transported nearly 1,000 United Nations personnel and 77,000 kilograms of cargo via three Chinook and five Griffon helicopters.

When the Canadian contingent leaves Mali at the end of July 2019, there will be at least a two-month gap as Romania, the country reported to be replacing Canada, won’t deploy until October or November, according to a Canadian Press report.

“I think the Chief of the Defence Staff [Jonathan Vance] is adamant that this is going to be a one-year commitment only,” said Walter Dorn, a defence studies professor at Kingston’s Royal Military College and Toronto’s Canadian Forces College who has served with the UN in a number of roles including as the organization’s innovation and protection technology expert from 2017 to 2018. “It was called a smart pledge, but Canada is not playing it smart.” 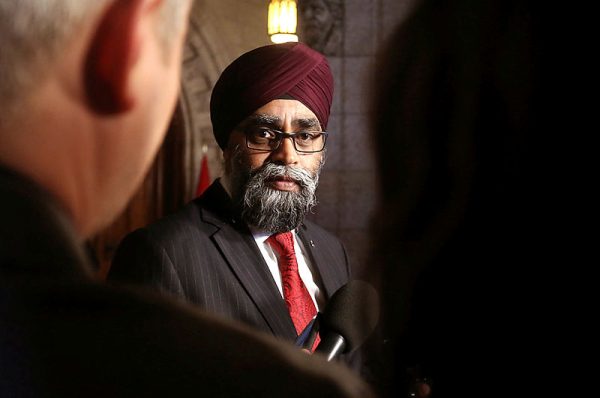 National Defence Minister Harjit Sajjan says Canada will not extend beyond its one-year commitment to the UN’s peacekeeping mission in Mali. The Hill Times photograph by Andrew Meade

“Smart pledging means that we find someone to take over from us when we make the initial pledge. But we do not have that commitment yet [in Mali],” Prof. Dorn said, “so we could leave the UN in the lurch if we don’t actually make the smart pledge.”

In the regular peacekeeping system, it would fall under the UN’s responsibility to find Canada’s replacement, but the idea of “smart pledging” is for countries to come together and give the UN a longer-term guarantee, he said.

“But Canada’s short-term commitment undermines the whole value of the long-term guarantee.”

At the Halifax Security Forum Nov. 16, Mr. Sajjan told the CBC that the “one big ask” of the UN was the “smart pledges,” where nations take a year-long pledge.

“We have done that. The United Nations is working with other nations to look at replacing us.”

As Canada worked with Germany, the country it replaced in Gao, it will work with the country that comes next, Byrne Furlong, Mr. Sajjan’s press secretary, said in an email.

MINUSMA has been noted for its danger, as 177 peacekeepers have been killed since the mission began in 2013. Twenty-two people died this year, making it the deadliest of the UN’s peacekeeping missions in 2018. MINUSMA currently has around 15,500 peacekeepers and support staff.

Prof. Dorn, who travelled to Gao in January, said the danger of the mission is overstated for well-equipped Western peacekeeping nations, as there has been only one casualty from a Western country from a militia attack since 2013.

Reached in Gao on Nov. 8, Col. Chris McKenna, commander of the Canadian contingent, noted the last medevac operation conducted on Nov. 1 was “quite an awful one,” where a convoy hit an improvised explosive device about 100 kilometres north of Gao. Two civilian drivers of a transport truck were “very, very badly wounded.” 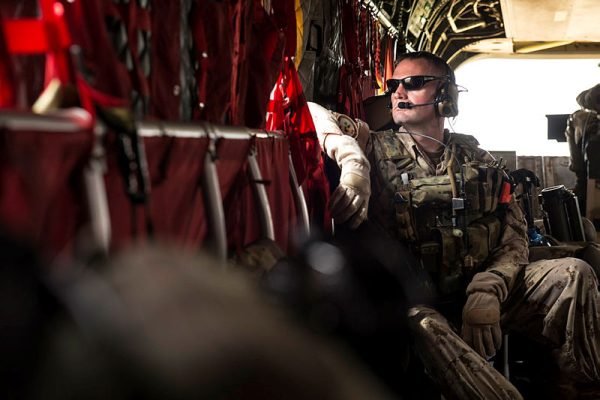 “We launched our medevac capability very quickly and landed… not too far from where their incident site was and got them packaged up and stabilized, and flown back to Gao hospital,” he said. “They’ve eventually made their way out of theatre now and are still alive.”

“To have aviation assets standing by for medevac gives the real added value to MINUSMA. Without dedicated assets for medevac, I would not be able to conduct any operations on distance from the fixed medical facilities within the Force,” Lt.-Gen. Gyllensporre said. “Their capabilities allow for the safe and quick transport of UN personnel into remote areas where the presence of UN forces is required, addressing one of my key challenges which is lack of mobility. With the Canadian helicopters, it is possible for me to extend the reach of my troops, giving me the opportunity to better implement the mandate.”

A UN peacekeeping spokesperson said Canada’s contribution to Mali is “critical,” and the UN Department of Peacekeeping Operations is exploring “various options,” which includes “engaging with Canada and other [troop contributing countries], to ensure there is continuing 24/7 casualty evacuation support when Canada’s current mission is expected to end in July next year.”

In a Nov. 8 interview with The Hill Times, NDP MP Randall Garrison (Esquimalt–Saanich–Sooke, B.C.), his party’s defence critic, said when the House National Defence Committee was at the UN headquarters in New York City at the end of October, they received an update on the mission. From the UN’s perspective, they were “very happy” with the Canadian contribution, Mr. Garrison said, but officials told the committee members, “couched in diplomatic language,” they hoped that Canada would do more.

The one-year commitment to the peacekeeping mission doesn’t make sense, Mr. Garrison said, because by the end of the first year, useful expertise and local knowledge is acquired.

“Extending for a second year is very high value for very little additional cost,” he said. “There was encouragement for Canada to extend from the one-year commitment to the two-year commitment.”

Others suggest that Canada doesn’t have the available resources to task another rotation.

NDP MP Randall Garrison says when the House Defence Committee was at the UN headquarters, committee members were told by UN officials that they hoped Canada would do more. The Hill Times photograph by Andrew Meade

“This mission needs a lot of highly trained personnel—both pilots and maintenance personnel, as well as medical technicians,” Chris Roberts, a University of Calgary political science instructor and the president of African Access Consulting, told The Hill Times, adding Canada was very clear and transparent in its one-year commitment to the UN. “We might not have enough personnel to maintain another rotation in Mali while we’re doing all these other missions [in Canada and abroad].”

Mr. Roberts remarked that a lesser reason could be that an extension would have the contingent deployed in the middle of the next federal election, and if something bad happened to the troops, “it might look really bad for the party in power.”

Prof. Dorn said the Armed Forces have “limited capabilities,” but said he Canada could “definitely” extend its mission by six months to a year.

Ashley Lemire, a DND spokesperson, said in an email that the Armed Forces are prepared to support any mission given by the government.

Conservative MP James Bezan (Selkirk-Interlake-Eastman, Man.), his party’s defence critic, said in an interview on Nov. 7 that the Mali mission is a way for Prime Minister Justin Trudeau (Papineau, Que.) to realize his “political ambitions” and win a UN Security Council seat in the 2020 contest.

He has been a vocal opponent of the mission, saying it’s the wrong place to deploy peacekeepers, as “there is no peace to keep.” The government hasn’t explained how the Mali deployment is in the national interest, he said, adding that Canadian soldiers in Mali are being used as “pawns.”

Prof. Dorn said Canada’s recommitment in peacekeeping was “genuine,” but it is the implementation that has been “underwhelming.”