'This is the goal of the Russian effort, to completely annihilate the civic engagement of a coming generation of young people in democracies,' says U.S. Naval College professor Tom Nichols. 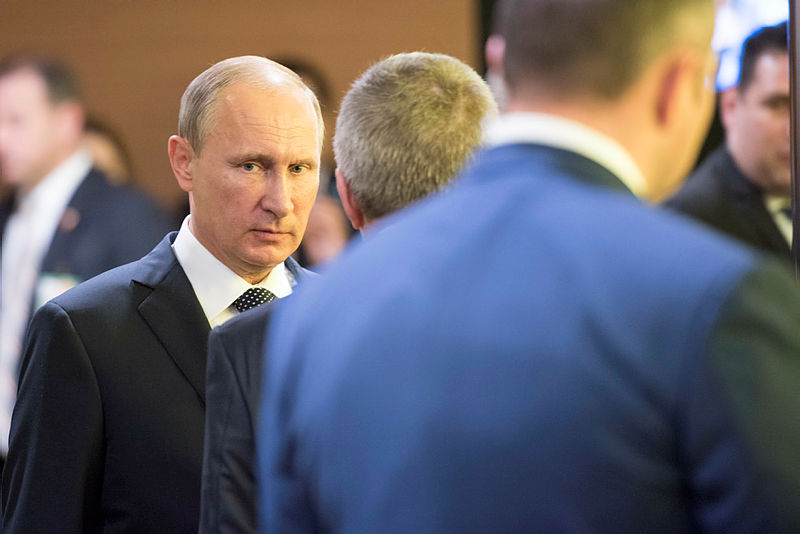 Russian President Vladimir Putin is nostalgic for the world as it was in 1975, when the U.S. was at its lowest point after Watergate and the resignation of Richard Nixon, a humiliating defeat in Vietnam, and economic recession, said U.S. professor Tom Nichols at a recent Macdonald-Laurier Institute talk. United Nations photograph by Mark Garten
By Neil Moss      October 1, 2018

The goal of Russian interference and misinformation in Western democracies is to decrease civic engagement, says a former cold warrior.