War of words with Trump is gold for Trudeau today, but could make or break him in long-run: MPs and pollsters

Voters will become 'a little bit more choosy' about how they support the federal Liberals if the Canada-U.S. trade spat begins to hit their pocketbooks, say politicos. 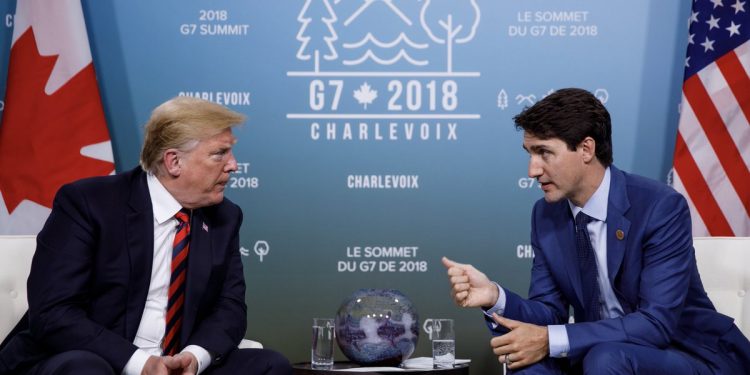 The ongoing war of words between Prime Minister Justin Trudeau and the U.S. President Donald Trump over NAFTA renegotiations is political gold for the prime minister in the short term, say Parliamentarians and pollsters, but could prove to be a major political liability in the long term if the North American Free Trade Agreement is not renewed and the Canadian economy takes a hit.

Energy
Short and informative analyses on policy challenges that bring background and recommendations to policymakers, journalists and the general public.

'The Correctional Service of Canada continues to take a number of preventative measures to restrict the spread of COVID-19 in federal institutions,' according to the office of Public Safety Minister Bill Blair.

MPs say COVID-19 case work is consuming their days, and they're turning to ‘imaginative’ ways of reaching out to make sure constituents' needs are met and their voices heard.

'We are dealing with an administration that is both very unpredictable, very much America first, [and] not long-term thinking in terms of its relationship with its allies,' says former diplomat Michael Kergin.

‘We are very worried,’ echoes one psychiatrist whose association is preparing a ‘call to action’ to governments.

'We were able to achieve a win-win outcome, that will be the argument we continue to make and advance in our relationship with the U.S.,' says Deputy Prime Minister Chrystia Freeland.

'We should be weary of using a crisis like this to turn our back on our human rights obligations,' says University of Ottawa law professor Jamie Chai Yun Liew.

'The ability to carry debt, and keep those carrying costs of debt down low, is a game-changer in terms of how we manage the deficit,' says former parliamentary budget officer Kevin Page.

‘Canadians are placing all their hopes and fears in the hands of government’ and successful political leaders should be honest, unscripted, say pollsters

The evolution and the ultimate outcome of the COVID-19 pandemic will eventually decide if Prime Minister Justin Trudeau's and the premiers' rising approval ratings will last, say pollsters.

Trudeau says feds ‘expect’ shipment of medical supplies from U.S. amid concerns from Ontario over delays

So far, the prime minister said some 240,000 people have successfully applied to Canada Emergency Response Benefit.
Trending Stories
Would you like to read
this notable, free story?