'It's important going forward, that all governments are in solidarity with the Iranians, that we judge the Iranian government not by their words but by their actions,' says Liberal MP Ali Ehsassi. 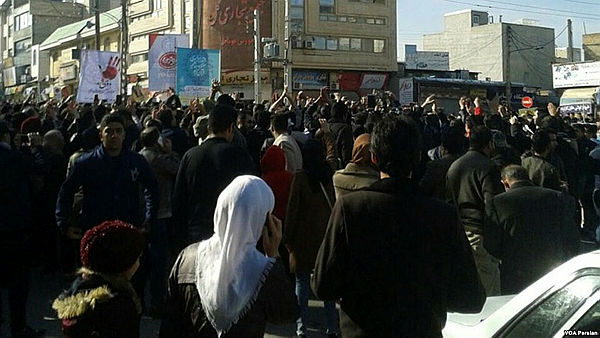 Protests against the Iranian government in Kermanshah, Iran, on Dec. 29. Photograph courtesy of Wikimedia Commons

Iranian-Canadian rookie Liberal MP Ali Ehassi says the heavy-handed response to massive street protests against the government in Iran is “heart-wrenching” to watch, though remained tight-lipped on whether he continues to support efforts by the Trudeau government to reopen diplomatic ties with the country.

Bill S-4 would give better pay and official status to the leaders of the new groups in the Senate.
Trending Stories
Would you like to read
this notable, free story?