Prime Minister Justin Trudeau, rear centre, pictured on June 21, National Aboriginal Day, with ITK president Natan Obed, left, AFN National chief Perry Bellegarde, and Indigenous Affairs Minister Carolyn Bennett, right, along with indigenous drummers and singers, in front of 100 Wellington St. in Ottawa. The PM announced that the building, which used to be the U.S. Embassy, will be the turned into a new Indigenous Cultural Centre. The Hill Times photograph by Jake Wright

Incumbent Liberal MPs want Prime Minister Justin Trudeau to protect them from nomination challenges for the 2019 federal election, arguing that while they perform their parliamentary duties in Ottawa for about half the year, their potential challengers have an advantage over them because they can use the time to “undermine” them in their ridings.

“When you get into a nomination fight, Members of Parliament have to be in Ottawa and they’ve got an obligation to carry forth the government’s agenda here, and so, by default they have to be in Ottawa to carry forth that agenda, so they’re needed here,” said eight-term Liberal MP Wayne Easter (Malpeque, P.E.I.) in an interview with The Hill Times, adding that incumbents could face “someone in the riding basically undermining them and going for that nomination when they don’t have those obligations to be here and to support the legislative agenda that we’re carrying forth.”

The House adjourned last week until Sept. 18. But before they left, MPs told The Hill Times they didn’t know when the nomination races were scheduled or what the rules were for 2019. If the Liberal Party decided not to change the nomination rules to protect incumbents, all Liberal MPs could be challenged for their nominations in advance of the 2019 federal election.

Liberal MP Alexandra Mendès (Brossard-Saint-Lambert, Que.) said she’s in favour of establishing a criteria for incumbent Liberal MPs to meet if they want to avoid nomination challenges. She suggested that urban MPs should be required to have 200 to 500 riding association members and rural MPs should have 100 members. As for money in each of the riding association’s bank account for the next election, she said, MPs should be asked to raise $75,000 to $80,000 in four years. Any MP who meets this threshold should be exempted from nomination challenges, Ms. Mendès said. 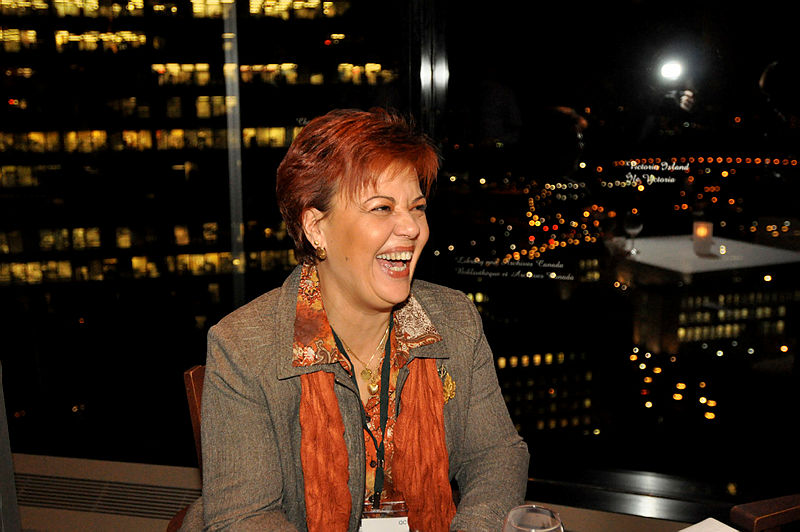 “I would say $75,000-$80,000,” said Ms. Mendès who was first elected in 2008, lost the 2011 election, and won again in 2015. “It [membership requirement] depends very much on the constituency. A rural constituency would have normally more difficulty in raising the number of memberships than an urban. There has to be some flexibility in that in how do you judge constituency in terms of numbers. A minimum would be 200 [riding association members] and I would go [up] to 500.”

Ms. Mendès, former president of the Quebec wing of the federal Liberal Party of Canada, said MPs occasionally do discuss this issue amongst themselves, and based on those conversations, most want an outright protection.

Last year, the federal Liberal Party made the party memberships free of charge. Prior to that, the annual membership fee was $10. The Conservative Party membership fee is $15. The New Democratic Party’s membership fee differs from province to province and ranges between no fee in Newfoundland and Labrador to the highest $25 in Ontario and Manitoba.

Liberal MPs last week said free memberships have made the job of challengers easier since they don’t have to worry about signing up paid supporters to challenge incumbents. Canadians who sign up with the Liberal Party free of charge, officially called registered Liberals, have the same rights as paid members had in the past. Registered Liberals can participate in policy development, attend electoral district association meetings, and vote in nomination and leadership elections.

In nomination contests, having a healthy war chest, or bank account, has traditionally been a key requirement. All parties require their members to pay their own membership fees. But, based on anecdotal evidence, it does not happen in most cases and fees are paid unofficially by supporters or candidates of individual nomination campaigns. Both Liberals and Conservatives have had hundreds of contests going back to the early 1990s when candidates or their campaigns accused each other of paying membership fees of their supporters.

The Liberal Party has now removed the key barrier of membership fees and it is expected that challengers will find it easier to sign up new members without paying any fee, which could mean more challenges to incumbents in nomination contests.

“It [free memberships] is a factor especially in the bigger [urban] ridings,” said Mr. Easter, a former Jean Chrétien cabinet minister who has been representing a rural riding since 1993. “In the ridings, more rural ridings, the ones I’m involved in, you have a more steady membership base.”

“In some of the bigger ridings, you have people come in as one issue candidates and they could sell memberships on that basis,” said Mr. Easter. “So, I really think there’s a good leverage to protect the nominations here in order to get the government agenda through here.”

“You have to be working in your riding, but on the reverse side, the party wants to see who is ready for 2019,” said Mr. Sarai. “All parties will look at that which people are ready for 2019. Therefore, this gives an incentive for people to work hard and fundraise and door knock and get ready in their ridings. A balanced approach is something that needs to be done.”

Rookie Liberal MP Kim Rudd (Northumberland-Peterborough South, Ont.) told The Hill Times that Anna Gainey, president of the Liberal Party, and Azam Ishmael, national director of the party, were working to finalize the rules for incumbent MPs’ nominations. She declined to offer any opinion until the party makes a decision.

Braeden Caley, senior director of communications for the Liberal Party, told The Hill Times the party is currently undertaking a consultation process in which it is reaching out to MPs, party members, past candidates, and electoral district associations to come up with rules for the 2019 nomination contests. He said until these consultations are concluded, he would not speculate whether the party would protect incumbent MPs or not.

“The Liberal Party of Canada is currently leading a comprehensive consultation on the nomination process to ensure that we build on that success in 2019,” said Mr. Caley in an email to The Hill Times. “The party is currently in the process of gathering input from Registered Liberals, caucus members, past candidates, and the party’s local EDAs, Commissions, and Provincial/Territorial Boards, and I would not want to speculate on any outcomes of that consultation in the weeks and months ahead.”

He said these consultations started in May and will continue in the summer months. Mr. Caley said the consultations were initiated by the national campaign co-chair Chris MacInnes and the final rules will be ratified by the 34-member national board of the party which has representatives from all the provinces.

According to the party’s new rules, all incumbent Conservative MPs can avoid nomination challenges if by April 2018, they have $150,000 in the riding association bank account and at least one per cent of eligible voters in their respective electoral districts as members of the electoral district association.

If an MP meets these two conditions, the party headquarters will send a ballot to the riding association members to ask if they wish to hold a nomination contest. Should more than one-third vote to hold a nomination contest, the party will hold one. And if less than one-third vote in favour of a contest, the incumbent MP will be acclaimed as the candidate for the next election.

At the time these conditions were announced, rural Conservative MPs told The Hill Times that they can meet the membership criteria, but the $150,000 requirement was high as it’s tougher to raise funds in rural ridings.

This change was put in place by the party during the party’s leadership contest and it remains to be seen if the newly elected Conservative Party leader Andrew Scheer (Regina-Qu’Appelle, Sask.) keeps these conditions in place or make any changes in the coming months.