Conservatives, NDP threaten government with more than 30 hours of votes if it pushes unilaterally on House rule changes

Negotiations are ongoing between the House leaders over the government’s motion to change the rules of the House.

PARLIAMENT HILL—The Conservatives are threatening to force the House into more than 30 hours of votes tomorrow on the government’s main estimates if it doesn’t back down on using its majority in the Commons to unilaterally change some of the House rules.

Conservative House Leader Candice Bergen (Portage-Lisgar, Man.) placed hundreds of votes on today’s Notice Paper opposing lines of the government’s main spending estimates. If moved, the votes could force 30 to 40 hours of votes in the Commons.

The move is a first warning shot ahead of the government’s imminent tabling of its motion proposing changes to the House’s Standing Orders, Conservatives say.

There are 245 votes on today’s Notice Paper opposed to the main estimates. Ms. Bergen tabled 243 of them on Monday evening while Conservative MP Cathy McLeod (Kamloops-Thomspon-Cariboo, B.C.) tabled one on Friday, June 9, and NDP MP Nathan Cullen (Skeena-Bulkley Valley, B.C.) tabled one on Monday, June 12 as well.

“We don’t have a lot of tools, but some of the tools we have to pre-prepare and so one of the tools would be forcing a lot of votes, so we had to put those on the Order Paper so that tool is ready should we need it,” Ms. Bergen told The Hill Times Tuesday.

Ms. Bergen said there isn’t much the opposition parties agree on with the government on the coming House changes, but also said the three parties will continue to talk to see if some “compromise and some give and take” could be reached.

“We’ve been clear from the onset that if the Liberals are going to make changes to the Standing Orders and ram those changes through, we are going to use every tool available to us in order to show our opposition and try to slow it down,” said Ms. Bergen, adding that it is now up to the government.

“They don’t have a lot of time left. They really have left it to the last minute, which is quite disappointing,” said Ms. Bergen.

The Conservatives say they’re hoping an agreement can be reached within the next 24 hours to get the government to put forward a version of the motion that all sides can agree on. If the government opts to proceed unilaterally by using its majority numbers, the opposition parties will be ready to force MPs to stand and be counted for roll call votes hundreds of times.

Wednesday, June 14, will be the last supply day of the sitting and the only time for these votes to happen.

An NDP source, who spoke on background, told The Hill Times that although the party is in support of the move, it’s also hoping such a drastic parliamentary tool will not have to be used.

Shortly after Ms. Chagger released a discussion paper in March on suggested changes to the House rules, including cutting out Friday sittings, bringing in a weekly Prime Minister’s Question Period, and moving to electronic voting, opposition MPs triggered a filibuster in the Procedure and House Affairs Committee that lasted several weeks. The opposition parties claimed the government was railroading the changes through the House.

In late April, Ms. Chagger backed down and said the government would axe some of its proposed changes, including the idea of bringing in electronic voting in the House, and eliminating Friday sittings.

But the Liberals doubled down on other changes which they have said are in line with their mandate and campaign commitments to modernize Parliament, including giving the House Speaker the ability to separate portions of omnibus bills for study; requiring governments to justify prorogation in reports to Parliament; and creating a specific Prime Minister’s Question Period. 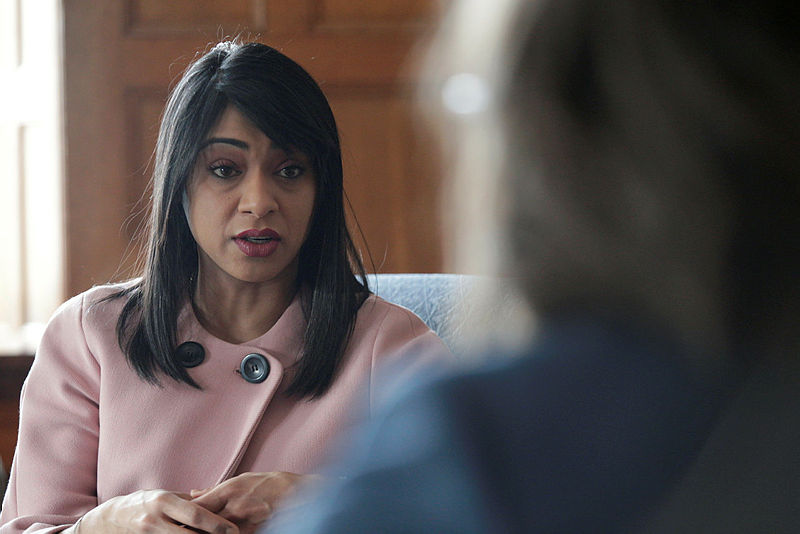 The opposition parties have been saying for more than a month that they would be using all tools at their disposal to stop the government from making unilateral changes to the rules that govern all MPs.

But the Liberals say they won’t allow the Conservatives to veto their campaign promises.

Ms. Chagger’s office said it had no comment at this time.