The immediate driver of this tsunami of refugees will often be wars, but what drives the wars will be climate change and runaway population growth. Africa’s population will double in the next 30 years, just as global warming cuts deeply into the continent’s food production. 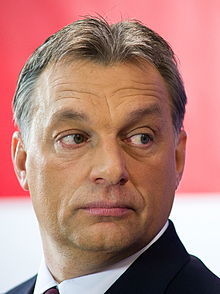 LONDON, ENGLAND—“Hungary is not far away from issuing orders to open fire on refugees,” said one of the European Union’s foreign ministers on Tuesday, and called for the country to be suspended or even expelled from the EU because of its “massive violation” of the EU’s fundamental values. And it’s true that Hungary has built a 175-km razor-wire fence along its southern border to keep migrants out.

'We saw this during the last election, where members and their designated travellers were singled out, targeted, and exploited for partisan gain,' says Conservative Whip Mark Strahl.

‘America is putting itself first, which is natural. Why shouldn’t we behave in the same way?’ says Carleton U’s David Carment.
Trending Stories
Would you like to read
this notable, free story?