Rash of cadets’ deaths at Royal Military College: the need for a coroner’s inquest 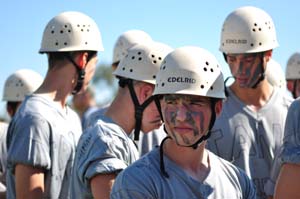 Cadets pictured at the RMCC's obstacle course in 2014. Photograph courtesy of Royal Military College of Canada

OTTAWA—Suicide is a most troubling occurrence, particularly when it occurs in a rather affluent and abounding setting such as the Royal Military College (RMC), which is situated in an idyllic national historic site on the shores of Lake Ontario in Kingston. Shockingly, over the past five months, out of a student body of only 866 cadets RMC has lost three of its cadets and one recent graduate.