What is Canada doing in Iraq?

Impossible conditions prevail in Iraq. However, Canada does not want to be offside with its historic allies so it continues to contribute to a multinational enterprise. 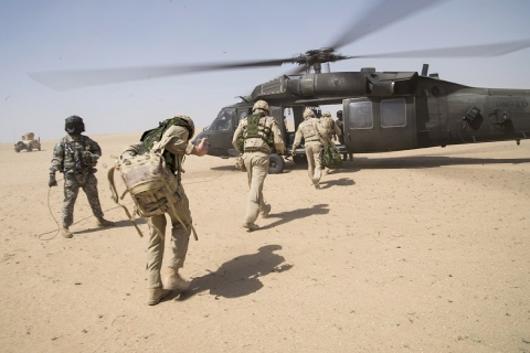 Canadian Forces pictured in Iraq on March 16, 2015. In Iraq as in Afghanistan, the military efforts of Canada and the West are alas doomed to fail. Canada’s military leaders know this but their obligatory submission to civilian control prevents them from saying so publicly. Photograph courtesy of DND/Canadian Forces

TORONTO—Few Canadians vote on the basis of foreign and defence policies so those policies generally receive very little mention in party platforms and relatively little attention in election campaigns. The Conservatives tried and failed to game the last election by dictating the subjects and venues of the leaders’ debates. Thinking foreign policy was their strong suit, they welcomed a televised debate on it. Naturally, Canada’s mission in Iraq was debated. However, very few people watched the debate; it was broadcast only on CPAC and a local Hamilton station.

Bill S-4 would give better pay and official status to the leaders of the new groups in the Senate.
Trending Stories
Would you like to read
this notable, free story?