At least two of Prime Minister Justin Trudeau’s seven recent Independent appointments to the Senate have also raised strong objections to the conditions laid down in Bill C-14, while at least two Conservatives, Senator Don Plett and Senator Denise Batters, have made it clear they want even stricter limits to medically assisted death. 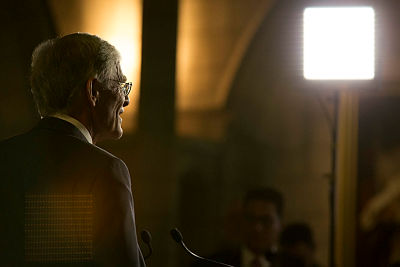 Independent Liberal Sen. James Cowan said, 'I think there is a strong consensus that we need to broaden the eligibility criteria set out in the bill to comply with the unanimous decision of [the Supreme Court]. That’s my view and I think many Senators share that view.' The Hill Times photograph Jake Wright

Independent Liberal and Conservative Senators intend to support an amendment to the government’s controversial physician-assisted suicide bill that would strike out a key section at the centre of parliamentary division over the proposed law, the leader of the independent Liberal caucus in the Senate says.

Federal departments and agencies are taking numerous precautions and adapting worksites to meet physical distancing requirements, according to the Treasury Board.
Trending Stories
Would you like to read
this notable, free story?